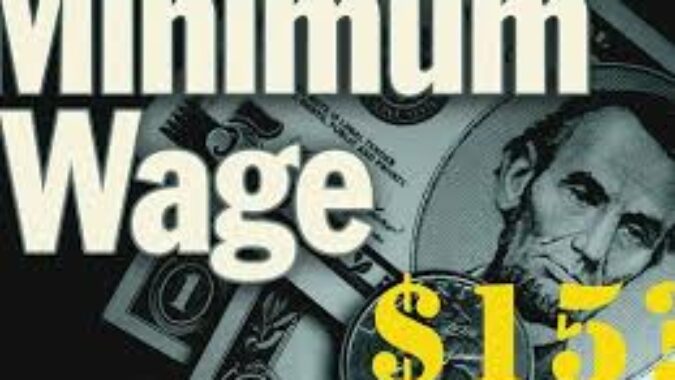 A study by two university economists estimates that New Jersey would lose nearly 32,000 jobs in six years if it increases its minimum wage to $15 an hour. Meanwhile, Politico is reporting that such an increase would hurt the state’s ability to provide various Medicaid-funded services.

In 2014, the nonpartisan Congressional Budget Office (CBO) estimated that a half million jobs would be lost nationwide should a federal $10.10 minimum wage take effect.  Recently,  professors David Macpherson of Trinity University and William Even of Miami University employed the same methodology and used data from the Census Bureau to see what a $15 minimum wage would do to jobs in New Jersey.  Their conclusion: the state would lose 31,889 jobs by 2024.

They said roughly 721,000 employees in the state would be affected by a $15 minimum wage, almost half of whom are in retail and recreation, accommodation & food services sectors. They also concluded that these two sectors would see the bulk of the job losses.

“Proponents of a higher wage in New Jersey argue that a $15 wage will pull families out of poverty while saving taxpayers money. But mounting evidence, including a new analysis specific to New Jersey, indicates that a wage increase will not deliver these results,” the study stated.

Meanwhile, Politico’s Katie Jennings reports that fixed Medicaid rates mean that many service providers would be due substantial raises, but their employers would not have additional revenues to pay them unless the state is willing to increase spending by hundreds of millions of dollars.

The average wage for a direct support professional—the workers who assist 22,000 residents with intellectual and developmental disabilities with daily tasks—is $11.36 an hour, Jennings reported.