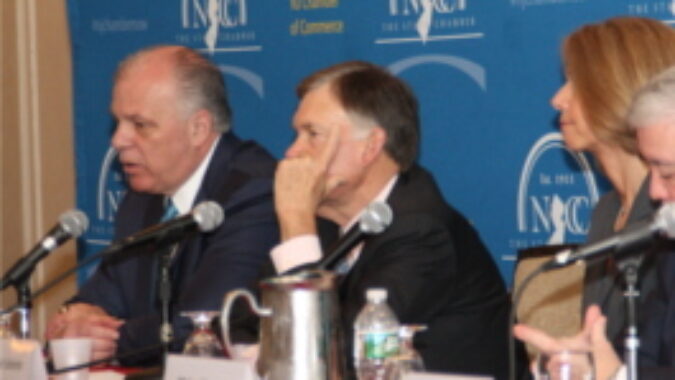 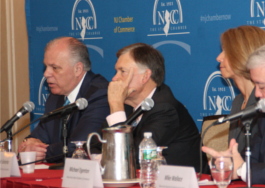 Senate President Stephen Sweeney remains one of the leading proponents of a $15 minimum wage, and with the election of Gov. Phil Murphy, New Jersey could well be the next state to enact it. On Wednesday, however, Sweeney was urging caution, saying there will have to be exemptions to any $15-an-hour law in New Jersey.

To be clear, the Senate President is not changing his position. He supports raising New Jersey’s minimum wage to $15 an hour, but making a jump as large as this should be done cautiously.

“When you’re going to go to $15 an hour, it has to be done with a lot of thought and with precision,” he said. “You don’t want to create a situation where there’s a large reduction in employment.

“There has to be exemptions.  I’m really concerned about small businesses, like the bagel shop owner with three employees,” Sweeney said.

Sweeney was speaking before more than 100 business leaders at Meet the Decision Makers on May 16, hosted by NJBIA and the NJ State Chamber of Commerce. He also discussed the budget and taxes, education, higher education and other issues in an hourlong session.

On minimum wage, he urged business to take a constructive approach instead of just opposing a minimum wage increase. He said he wanted to work with the business community in developing the legislation.

In addition to small businesses, Sweeney said he was concerned about what to do with companies that have government contracts, because they are locked in and cannot raise prices to cover higher wages. Ideas under discussion include having a separate training wage and lower wages for teenage workers.

NJBIA has been advocating for exemptions to mitigate the impacts of a minimum wage increase on small business, particularly in various sectors. An Op-Ed on NJBIA’s approach to the $15 minimum wage can be found here.