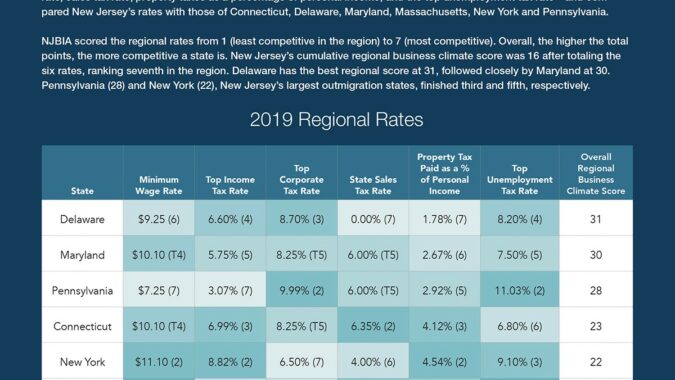 As part of its FY 2020 budget testimony before the Legislature today, the New Jersey Business & Industry Association has released an analysis finding that New Jersey once again has the least competitive business climate in the region with the highest corporate income tax, sales tax, income tax and property taxes. 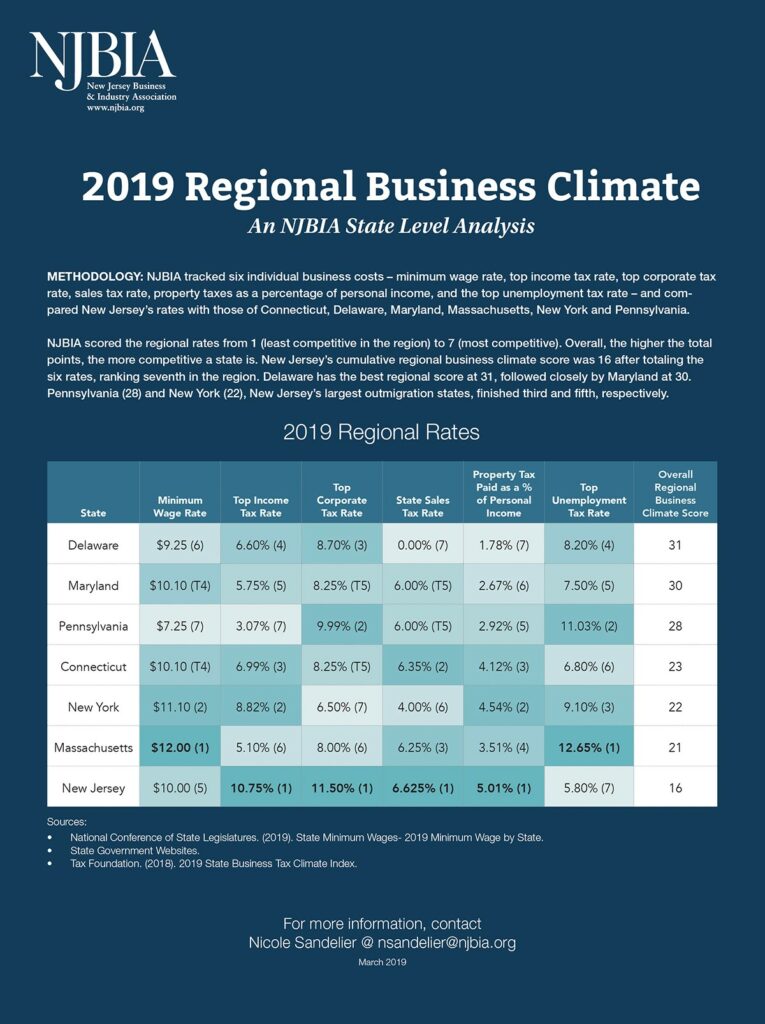 “The proposed budget, which spends 3.2 percent more than the current fiscal year and 11.2 percent more than in FY 2018, looks to pay for the additional spending by raising taxes on our already overtaxed residents and businesses,” said NJBIA President & CEO Michele Siekerka.

“Our history of funding additional spending by increasing taxes is the formula fueling New Jersey’s high cost of living and affordability challenges. The result is a continued pattern of outmigration and job stagnation.The only way to turn this around is to put an emphasis on reforming the structural challenges we face, as they impact our economy due to their high cost to maintain.” 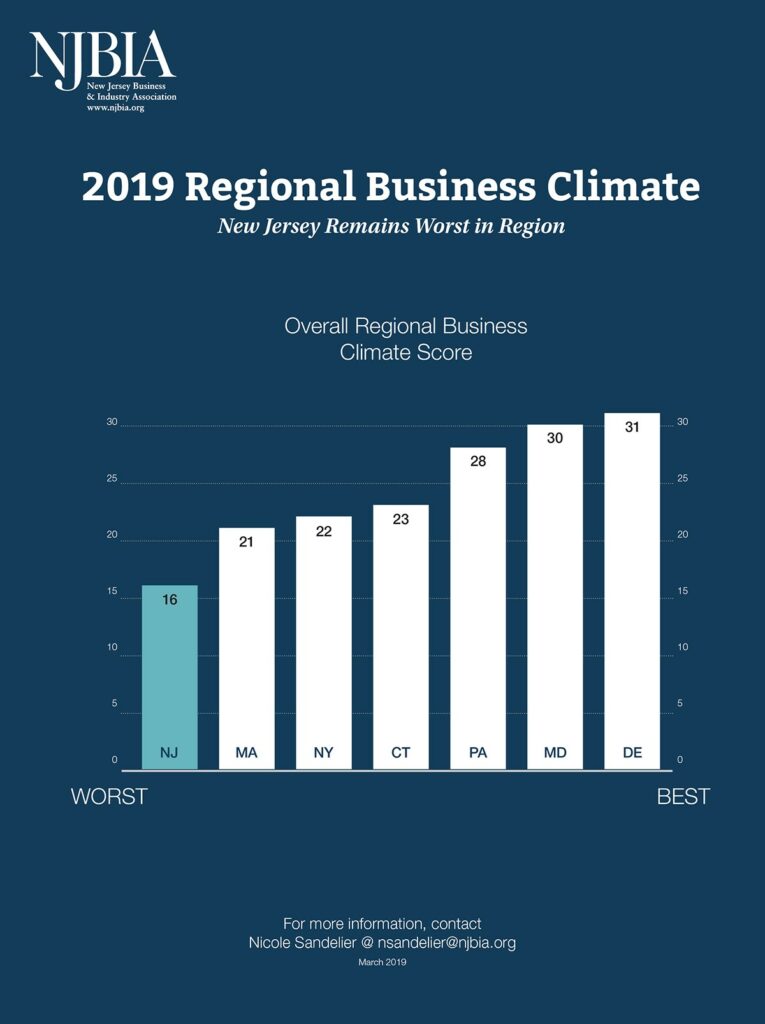 Last year, NJBIA’s 2018 regional analysis also ranked New Jersey as the least competitive overall, with three taxes higher than other states in the region: the income tax, sales tax and property taxes. However, the FY 2019 budget enacted in July raised the CBT to 11.5 percent (exceeding Pennsylvania’s 9.99 percent rate), which now places New Jersey last in four categories, instead of three.

“We are going from least competitive overall to extreme outlier status and this is certainly not a move in the right direction,” Siekerka said.

Analyzing data on tax rates from the National Conference of State Legislatures, state government websites, and the Tax Foundation, NJBIA scored New Jersey last in the region, five points behind its nearest competitor (Massachusetts) and 10 points behind the regional leader (Delaware).

The two-page NJBIA infographic, including a table of 2019 tax rates in the seven states compared in this analysis, can be found here.