5 Steps to Creating a More Diverse and Inclusive Workplace 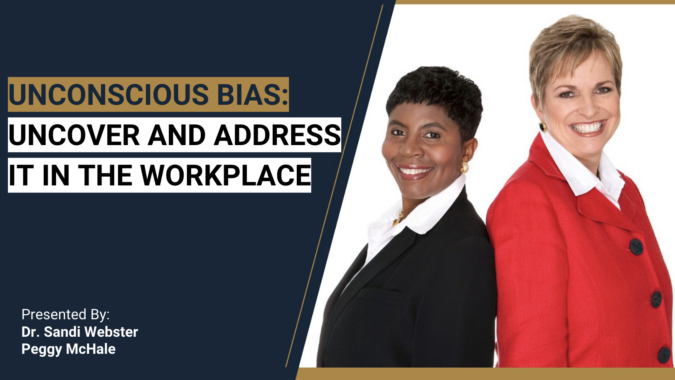 Halos, horns, “manterruptions” and “bropreating” are just a few of the red flags that managers need to look out for when trying to root out the unconscious biases in the workplace that undermine efforts to build more diverse and inclusive workforces.

Peggy McHale and Sandi Webster, co-founders of Pandi LLC, a consulting firm that works with entrepreneurs and corporations to help empower women leaders, spoke to the NJBIA Women Business Leaders Council on Wednesday about five steps to creating more diverse and inclusive workplaces.

Scientific evidence has proven our brains are wired in ways to easily recognize and unconsciously favor people who look like us, Webster said. Step one is recognizing that our “affinity bias” makes us favor people of the same race, gender, age, socio-economic class, religion as ourselves.

“The science is there – we all have biases,” McHale said. The problem with affinity biases is that they cause managers to make automatic assumptions about people – the “halo and horn effect,” she said.

For example, a manager who sees Harvard University on a resume might assume that the job candidate is brilliant and must be a great employee before meeting him. Conversely, an overweight candidate might be stereotyped as someone who will be lazy and sloppy in his work, she said.

“We have a hidden template of what success looks like,” McHale said.

Step two is addressing your company’s hiring practices to prevent affinity biases from undermining diversity and inclusion efforts. One way to do this is to remove candidate names when comparing resumes because names often provide clues to gender and race, McHale said. Removing the names of educational institutions from candidates’ resumes is another way to keep affinity biases out of the decision process on who to bring in for interviews, she said.

McHale said interviewers should not share feedback with one another until assessments have been completed on all candidates. Most importantly, businesses that assess candidates on whether they would be a good “cultural fit” for the organization must make sure that there are no inherent biases in “cultural fit” and that criteria are based on specific performance indicators and competency.

Leaders should intervene immediately whenever they see men interrupting female colleagues during meetings or restating something a female colleague has said to make it seem as if it was the man’s idea (“manterruptions and bropreating”), McHale said. Administrative tasks like cleaning up after a meeting should be rotated among all employees, not just women; high-value assignments should be given to all employees, not just the “go-to guy;” and meetings should be scheduled during regular business hours so that people who are caregivers for parents or children are not automatically excluded, she said.

Step four is to update your company’s management performance systems to clarify ambiguous criteria in the promotion process and separate personality and potential from actual performance. McHale recommended the “flip it to test it” approach to weed out bias, saying managers should ask themselves if their evaluation or reaction would be different if they swapped out an under-represented employee with a non-diverse employee when assessing someone’s work.

Step five is to create a diversity and inclusion program that includes mentoring to help women and minorities advance in their careers. Make sure men are recruited to be part of D&I initiatives because studies show that when men are involved companies make greater progress in achieving gender parity. And don’t forget the small stuff that has a big impact: work hours, rotational assignments and rewarding contributions from all employees, they said.