A Shot at More Teen Work, for Better NJ Play 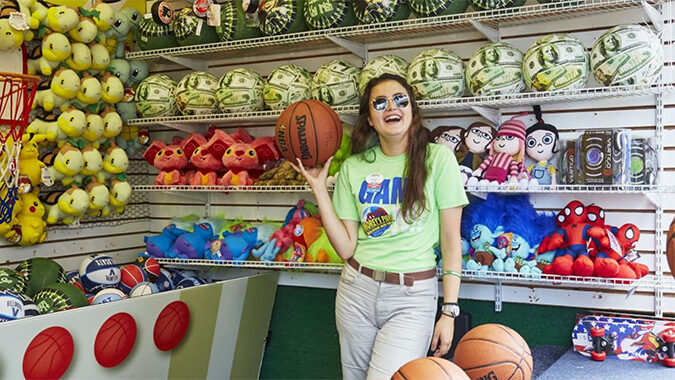 NJBIA is strongly supporting and urging quick passage of a bill that makes permanent new working hours for minors and vastly improves the process for teens to obtain working papers.

It should also help consumers who have dreaded longer lines and wait times at their favorite summer locations.

“We’ve all experienced that longer line at that custard shop on the boardwalk or now have their one-hour dinner take two hours due to a lack of staff, and particularly younger, seasonal staff you might otherwise expect to see,” said NJBIA Vice President of Government Affairs Christopher Emigholz. “We think this bill definitely helps build the opportunity for more teen worker capacity, especially at great places like Six Flags Great Adventure, Morey’s Piers, Jenkinson’s, and local restaurants and grocery stores and for this summer and beyond.”

Bill A-4222 (Freiman, D-16) passed unanimously in the Assembly Labor Committee on Thursday and could very well get a committee hearing in the Senate next week.

NJBIA worked as a stakeholder with the legislation, as it did with last year’s teen worker law that temporarily allowed teens between 16 and 18 to work longer hours during the summer.

Emigholz told the committee in written testimony that the bill “is one of the most impactful initiatives you can pursue to address the current workforce crisis, especially for our hospitality and retail businesses that get busier in the summer.”

“As we all see in windows and lit-up displays as we drive down any business district, as we have all heard on the nightly news, as you hear from the businesses in your legislative districts, as we hear from our NJBIA members and as the data purports, we are in the middle of a workforce crisis,” Emigholz said.

“Confounding that crisis for many seasonal businesses is the fact that they are not seeing the visa hires they used to due to federal government issues, and that is on top of trying to stay on top of inflation and make up for lost income due to COVID-19 losses.”

The bill’s provisions include:

The bill also replaces a cumbersome and antiquated working paper process per job with a one-time, online authorization system that is easier for minors and employers to navigate.

It removes school and doctor permission requirements, as New Jersey is the only state that requires both. It also creates an advisory council with parents and employers to oversee the new process.

“We thank Assemblyman Freiman and supporters of this legislation as it will help employers build worker capacity, help teens more easily get jobs and valuable work experience with more hours and pay and help people throughout New Jersey avoid longer lines and waits during the summer,” Emigholz said.