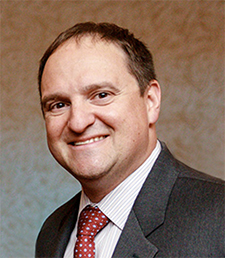 Before the pandemic, the live events industry generated hundreds of millions of dollars for regional economies, but today it’s “hanging on by a thread” as it waits for the state to provide clear, sensible capacity rules so that bookings for future conventions, trade shows and other big events can resume.

Chait said major events must be planned years in advance, but the industry is unable to rebuild and move forward with many 2022 and 2023 bookings because state rules setting capacity limits are now based on an “arbitrary number,” not useable square footage and the logistics of an event.

For example, the Atlantic City Air Show, which attracted 500,000 people and generated $70 million for the local economy before the pandemic, involves the use of a third-of-a-mile of public beach, Chait said. However, state COVID-19 rules pertaining to outdoor events would limit the number of air show visitors to 50 people, even though every other day of the week hundreds or thousands of people could be social-distancing on that same stretch of public beach.

“Outdoor gathering capacity must take useable square footage and event logistics into consideration versus an arbitrary number,” Chait said. “We ask that the (Murphy) administration trust the event experts that know how to control density, duration and egress.”

“Casino floors are open to 35% capacity, but I cannot take 26 people from that casino floor and move them into an adjacent ballroom for a meeting,” Chait said. “The Atlantic City Convention Center has more than 480,000 continuous square feet and can easily accommodate more than 25,000 people, but it’s limited to just 25.”

Chait urged state policymakers to consider the wider impact their decisions affecting the events industry are having on jobs and regional economies.

“The economic impact goes far beyond one venue and the host promoter,” Chait said. The Atlantic City Convention Center was only able to host 21 events during 2020, compared to 87 the year prior. The regional economy lost $175 million in convention delegate spending in 2020, he said.

“Right now, we have hundreds, if not thousands, of hospitality employees sitting home collecting unemployment,” Chait said, noting that nationwide that number is estimated at 6 million.

“Now that vaccine distribution is ramping up, and we can truly begin to recover from this pandemic, we urge you took at regions a little differently,” Chait said. “Our region needs to start its recovery as soon as possible as its economy has suffered as much as any area in the country. Our hospitality industry is well positioned to do its part to help lift New Jersey out of this crisis, please help them do so.”

At the March 18 New Jersey Business Coalition Town Hall, which was attended by about 100 people, including state lawmakers.