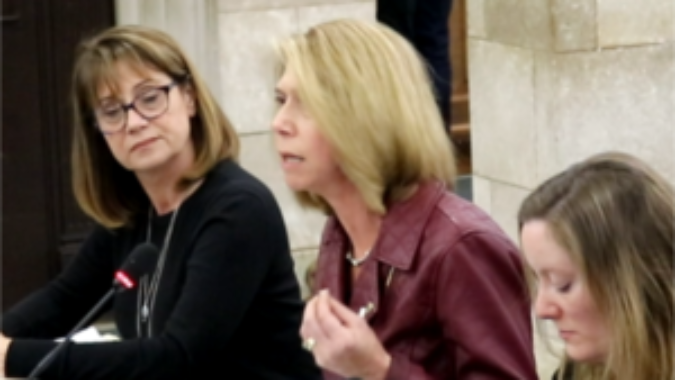 The $15 minimum wage bill lawmakers are fast-tracking to Gov. Phil Murphy’s desk will put small businesses in a bind, and that’s bad news for the 600,000 workers employed by them, NJBIA President and CEO Michele Siekerka told the Assembly Labor Committee today.

The committee was taking testimony before voting to release A-15, the legislation that would raise New Jersey’s minimum wage to $15 an hour by 2024. While the legislation is supposed to help those making low wages, Siekerka pointed out that it will in all likelihood do the opposite for many of them.

“According to the U.S. Small Business Administration, 600,000 workers are employed by New Jersey companies who employ 20 employees or less,” she said. “These are the companies most vulnerable and, in turn, so are their employees.

“When margins are tight, you have two choices: increase your revenue or cut your expenses. Think about when your personal balance sheet has no room for additional spending? Where do you turn? Yes, you cut expenses. Why should we expect New Jersey’s small businesses would act any differently?”

NJBIA has historically opposed any increase in the minimum wage and will continue to oppose this one. But with the majority in both houses and the governor determined to enact a $15 minimum wage, the association has pleaded with legislators to do so responsibly.

“This bill falls woefully short” by that measure, Siekerka said.

Among other things, the bill ignores the possibility of a recession or natural disaster in the near future by not including a mechanism to halt automatic wage increases.

“Even California realized the need to enact a similar economic safeguard when it decided to raise its minimum wage to $15 an hour,” Siekerka said.

The bill also does not come anywhere near doing enough to protect small businesses nor does it provide relief for businesses that participate in training programs or a broad enough exemption for seasonal workers.

Ultimately, however, the legislation does not give credit to the employers of New Jersey who do what they can for their employees despite New Jersey’s dismal business climate.

“These job creators should be celebrated for competing in the most challenging business climate in the nation, not further penalized for their survival or prosperity,” Siekerka told the committee. “Everyone agrees, we have an affordability crisis in New Jersey. This will simply be another hike in expenditures.”