On March 4, 2019 the Department of Environmental Protection proposed rules to change the designation of 749 stream miles to its highest category, C-1. This proposal could have significant impacts to development and re-development in several parts of the State, including too numerous property owners. NJBIA helped form a coalition of business and other interested parties to analyze the proposal and to determine its potential impact. Because of the complexity of the science supporting the proposal and the fact that nearly 100 separate stream segments are being re-designated, the coalition members sought a 90-day extension of the comment period. NJBIA’s letter to the Commissioner is attached as well as the notice from the DEP granting a 30-day extension.

A C-1 designation of a stream will result in several specific changes to how development may or may not occur along or near that stream segment and potentially for lands surrounding waters that flow into that stream, even if many miles away. Those lands may very well have 300-foot buffers placed along the stream and all new development may be stopped or significantly impacted.
Even with the extension to comment, NJBIA has significant concerns with the process used to develop this rule. The science supporting it is not easily discernable, no digital maps were provided to allow for easier analysis of impacted locations, and essentially no stakeholder process was provided. Substantively, we have concerns that several largely developed areas in the State will lose their economic values with no commensurate environmental benefits. NJBIA, along with its coalition members, will be submitting comments and asking for a meeting with the Commissioner to discuss our concerns and hopefully to start the process over.

In order to fully understand the “on-the-ground” impacts of this proposal, NJBIA is soliciting feedback on the impact that the guidance may have on our members. NJBIA is asking its members to review the proposal and to let us know your concerns or how your business may be impacted. Please click here to read the proposal.

To submit any feedback or comments you have, please reach out to me at RCantor@njbia.org. 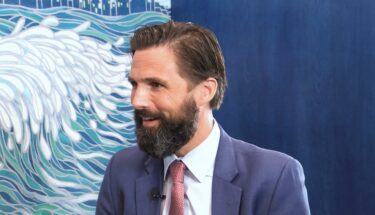