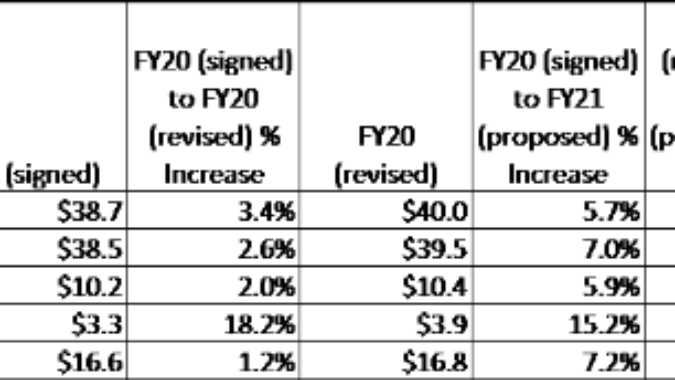 Governor Murphy delivered his third budget proposal to the Legislature for fiscal year 2021 (FY21) on the afternoon of Tuesday, February 25, 2020. He is planning to spend $40.9 billion – an increase of $2.2 billion or 5.7% from last year’s signed FY20 budget. Cumulatively for the three budgets of the Murphy Administration, this represents an increase of $6.2 billion or 17.9% since the last signed budget of the Christie Administration. (The total Murphy budget increase can be softened if the shift in energy tax receipts from off-budget to on-budget several years ago is considered, lowering that cumulative increase to only 15.6%.)

What Should Business Worry About:

Over a Billion Dollars in Tax Increases Announced

Other Initiatives to Keep an Eye on