NJBIA’s Opposition to the Proposed Committee Substitute to Senate Bill No. 3352

On behalf of our member companies that provide 1 million jobs in the state and make the New Jersey Business & Industry Association the largest statewide business association in the country, we are writing to express our opposition to the proposed committee substitute to Senate Bill No. 3352.  This bill concerns sexual harassment and discrimination in the workplace.

Because of the substantial concerns we and our members have with this legislation, we ask that it be held today so that more discussions can be held, and better crafted legislation put forward.  As drafted, we fear that this legislation would turn every workplace into a hostile environment, where employees are afraid to interact with their colleagues, where customers become potential litigants, and HR departments govern every personal interaction.  We can and should do more to have a protective workplace, free from harassment and discrimination.  While more can be done, this bill is not the solution to the problem.  It will become the problem.

We share the sponsor’s passion on this issue, and we want to help create a workplace free from humiliating and degrading practices.  Toward this end, NJBIA is an active participant in providing our members with the information and resources they need to deter and prevent sexual harassment and discrimination.  We have specific tools and training that we provide to our members, and we are always looking to enhance these offerings.  We and our members take this training seriously.

We are also very much in support of the provisions in this legislation that would enhance both the provision of information to employees and training for both employees and supervisors.  We are also supportive of more robust complaint procedures.  The training of supervisors is of particular importance because a properly trained supervisor would know how to prevent and mitigate instances of harassment and discrimination.  However, there are certain training provisions in the bill that do give us concern, especially how they will impact small businesses, but we can work out those issues with relatively minor amendments as this bill progresses in the Legislature.  However, in its current form, this bill should not move forward.

We are very concerned that this legislation goes too far in overturning more than 25 years of carefully crafted court decisions that have provided some of the strongest protections for employees while balancing the interests of employers and of the public at large.

“Severe or pervasive” standard – The New Jersey Supreme Court made clear that with respect to hostile work environment sexual harassment claims, that in order for a plaintiff to prevail, the conduct had to have been sufficiently severe or pervasive so as to alter the conditions of employment and create a hostile work environment.  Lehmann v. Toys ‘R’ Us. Inc., 132 N.J. 587 (1993).  The court set up a four-part test:

[T]he complained-of conduct (1) would not have occurred but for the employee’s gender; and it was (2) severe or pervasive enough to make a (3) reasonable woman believe that (4) the conditions of employment are altered, and the working environment is hostile or abusive. (emphasis in original)

If you consider the many interactions that occur each day in a workplace, and the different personalities and life experiences involved, you can understand why the court set this higher standard to prevail in a cause of action.  The Law Against Discrimination (LAD) was meant to protect against serious breaches of appropriate conduct that had the effect of altering the conditions of employment.  The LAD is not and should not be the arbiter of every personal interaction and conduct that may be offensive to an individual.  The LAD should not be a civility code, nor can it resolve all human conflict.  The “severe or pervasive” bar was set to avoid lawsuits being filed for personality conflicts, lack of sensitivity, and mere offensiveness.

In a case often cited as a reason for the elimination of the standard, Godfrey v. Princeton Seminary, 196 N.J. 178 (2008), the court made clear that the LAD was not intended to punish merely socially inept or annoying behavior. The court stated that the severe or pervasive standard was intended to prevent claims by a “hypersensitive employee [who] might have an idiosyncratic response to conduct that is not, objectively viewed, harassing.”  I will note, however, that the term “severe or pervasive” is written in the disjunctive so that one severe incident may be sufficient to sustain a suit for harassment or discrimination.

To eliminate the severe or pervasive standard and leave, as a defense only, as this bill would do, that the conduct be more than “petty slights or trivial inconveniences” sets the bar far too low and invites complaints and lawsuits for all of the minor personal interactions that are listed above. It would weaponize everyday interactions leaving employees on edge, not knowing if anything they said or did could be the basis of a lawsuit. Such a standard of actionable behavior would have significant, and perhaps unintended, impacts on the workplace and between individual interactions. While we can all quibble on factual situations that should or should not be considered “severe or pervasive,” the best answer is to leave that standard in place and allow the courts to apply the facts to the law.  The “severe or pervasive” standard should not be changed as is proposed in the legislation.

Elimination of employer defenses – Under existing New Jersey Supreme Court precedent, an employer can avoid liability if it takes any number of affirmative steps to prevent or respond to the offending conduct. These actions would include establishing formal policies prohibiting harassment, establishing a complaint structure, providing training, monitoring how well the policies are working, and demonstrating a strong commitment that the behavior will not be tolerated. We want to encourage those actions by employers.

Failure to allow for an employer to have notice of an offense and be able to correct it would essentially subject the employer to strict liability for the actions of others in the workplace. So too would holding an employer liable for an action of an employee when the employer did everything possible to prevent the action. Under this bill, an employer would have no defense to a claim and no opportunity to take corrective action to avoid liability.

Such a situation would actually harm other employees and the public as it provides less incentive for an employer to take action and does not give an employer an opportunity to cure, thus leaving others at potential harm because no actions would be taken prior to a lawsuit being filed. This policy is not in the public interest and it is not good for the workplace. It is not fair to an employer who may have taken every reasonable effort to prevent the offending behavior and who could have resolved or ameliorated the problem if they were made aware.

Reasonable Person Standard – As noted in Godfrey v. Princeton Seminary the LAD is intended to protect claims filed by hypersensitive persons or persons reacting to words or actions for which they were not intended, or which would not seem offensive to a reasonable person. The reasonable person standard has, in fact, been a staple of the common law in torts for centuries and it has served our system of justice well.  This bill would eliminate the requirement that an offense be viewed through the lens of a reasonable person and instead allow lawsuits for subjective reactions regardless of whether that reaction is reasonable.  A jury would have no means to judge if a claim were valid or not because it would be based solely on the subjective reactions of the plaintiff.  There is no reason to overturn long-standing jurisprudence that has maintained a careful balance between claims made by plaintiffs and the need to measure those claims against an objective standard of behavior.

Overbroad Discovery – While we believe that having employers report every complaint to the Division on an annual basis is overly burdensome and likely overwhelming to the Division, our primary concern centers on subjecting employers to overbroad and irrelevant discovery requests from plaintiffs. Under current court rules, employers would be required to disclose internal complaints of discrimination if they are of the same type or similar to the plaintiff’s complaint. This makes sense because it may show a pattern either by the offending employee or the employer as it relates to the particular action. However, this bill goes further and allows discovery of all complaints filed, even if they had nothing to do with the alleged complaint. This allows a fishing expedition by the plaintiff’s attorney and places an undue burden on the employer. It would also drive up the cost and length of litigation. We would suggest that the legislation be amended to be more in line with existing court rules.

There are other options to improve the LAD system without eliminating fundamental legal tenants of that law.  The Division of Civil Rights has issued a report that addresses these issues in a more workable manner.  See Preventing and Eliminating Sexual Harassment in New Jersey – Findings and Recommendations from Three Public Hearings, New Jersey Division on Civil Rights, February 2020.  Many of these changes are incorporated in Assembly Bill No. 4637.  We would recommend to this committee that that report and the Assembly bill be looked at as a more workable model for addressing sexual harassment in New Jersey.

In conclusion, while we strongly support the intent of this legislation, and believe that many parts of it will improve the system and reduce discriminatory and harassing behaviors, the provisions relating to the standard to file a lawsuit, the defenses an employer can use, and the expansion of discovery would have grave consequences for the workplace and the court system.  We ask that this committee not release this bill so that it can undergo further amendment. 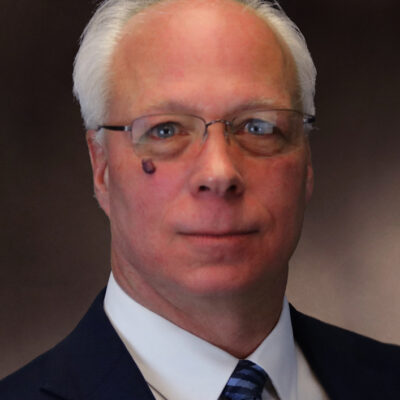 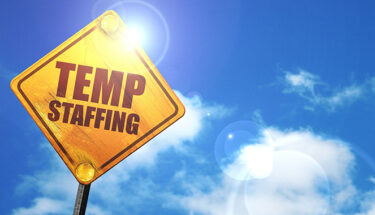