An Insider’s View of How Businesses Decide Where to Expand 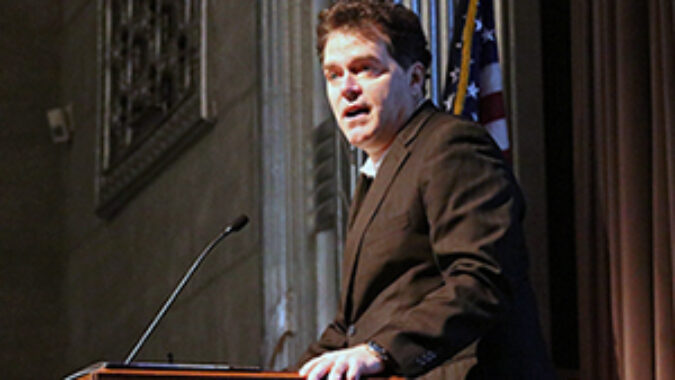 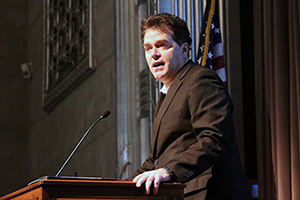 Hugh Welsh, president & general counsel of DSM North America, speaking at the State of Manufacturing event on March 25 in Trenton.

As the talk at the recent State of New Jersey Manufacturing event turned to New Jersey’s business climate and the need for manufacturers to get more involved in setting policy, Hugh Welsh was listening carefully.

Welsh is the president and general counsel of the global health, nutrition and sustainable living company DSM North America and he was also the manufacturing event’s industry keynote speaker. Toward the end of his remarks, he noted the discussion about New Jersey’s business climate.

“This isn’t an academic exercise for me,” Welsh told the crowd at the War Memorial in Trenton on March 25. “I took some notes, but they weren’t for my talk this morning. They’re more for a conversation I’m going to have in about an hour with our CEO where we have to make some decisions about where we’re going to deploy capital to expand operations.”

DSM has two major decisions to make—where to locate a new $100 million enzyme manufacturing facility, and where to consolidate its operations. Not surprisingly, competition for these types of facilities is fierce.

Welsh, a New Jersey native, is hoping the enzyme plant is built at its existing facility in Belvidere.

“We have fermentation technology there that we can leverage,” he said. “We have great employees—operators and engineers who know what to do.”

“But my boss is going to want to know, Why New Jersey? Why not North Carolina? Or South Carolina, where we have similar fermentation capacity? Why not Texas?”

The same dynamic is at work with consolidation. Over the last 10 years, DSM has grown by acquiring different companies; 25 of them, as a matter of fact, at a cost of close to $6 billion. For obvious reasons, the company wants to bring together all of those different offices in different areas to one location.

The good news is DSM is looking at Newark as the place for this. The bad news is, governments in other states like Texas, Florida, and Massachusetts are “working diligently and aggressively” to try to convince DSM to locate in their states, Welsh said.

NJBIA President & CEO Michele Siekerka told the manufacturers that NJBIA is fighting for laws and policies that will improve the state’s business climate, while also trying to stop counterproductive measures, such as the Murphy administration’s state budget proposal to expand the top state income tax rate bracket to include more taxpayers.