Another Try to Get Federal Funding for Portal Bridge 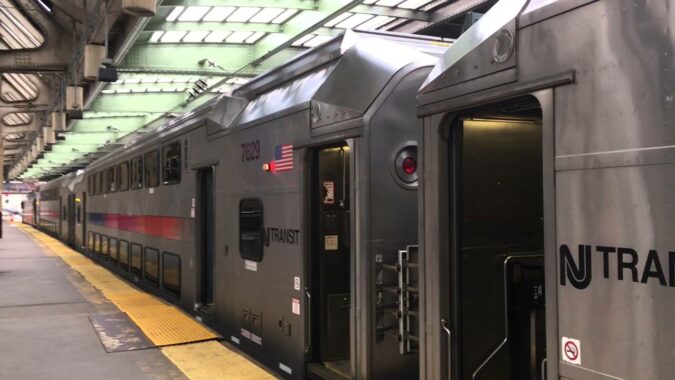 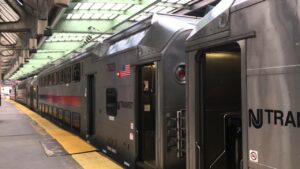 Officials from New Jersey and New York are hoping the latest application to the federal government for funding to repair the crucial North Portal Bridge will get the long-delayed project moving and ease worries about keeping the trains running between New Jersey and the Big Apple.

“In 2019, the entire Northeast Corridor simply shouldn’t be relying on a 108-year-old swing bridge that gets stuck and causes delays even when it’s working properly,” said Jerry Zaro, chairman of the Board of Trustees of the Gateway Program Development Corporation, which submitted the new application on Friday to the Federal Transit Administration (FTA).

“The FTA needs to recognize everything that’s been done to strengthen this financial plan – including providing 100% of the local share of funding, increasing the amount of monies available to the project to cover contingencies, and completing early work on time and on budget – and move Portal North Bridge toward a full funding agreement so 200,000 daily passengers can finally stop worrying if a failing bridge is going to make them late to work or unable to get home for dinner,” Zaro said.

The replacement of the movable Portal Bridge is part of the Gateway project, which also includes the construction and rehabilitation of a new rail tunnel under the Hudson River. The bridge, a key component to the Northeast Corridor transit system, on which hundreds of trains travel every week, is known to get stuck when it has to open for maritime traffic, which causes massive delays for commuters until it is manually put back into place, usually by a worker swinging a sledgehammer.

“New Jersey is ready to get started on America’s next great infrastructure project,” said Gov. Phil Murphy at last month’s press conference. “Our administration has asked the Federal Transit Administration to allow us to begin work, but all we have gotten in return is radio silence.”

NJBIA supports funding for the Gateway Project to repair and replace the 100-year-old tunnels that connect New Jersey and New York City, including the Portal Bridge part. Should one of those tunnels become unusable, it would create a huge bottleneck in the Northeast corridor that would have tremendous negative effects on New Jersey’s economy. Trains cross the portal bridge on their way to and from the tunnels.

“The bridge and the entire tunnel system represent the most crucial viaduct in the Northeast Corridor, which represents 30% of all jobs in the U.S. and contributes $3 trillion to our nation’s economy every year,” NJBIA President and CEO Michele Siekerka said in a statement in August.

“The demands on this transportation system will only expand with the growth of Hudson, Bergen and Union counties and the entire New York metropolitan region. It is incumbent upon our federal leadership to recognize that safe, reliable and modern infrastructure is available to our commuters, residents and travelers to live up to those demands,” Siekerka added.