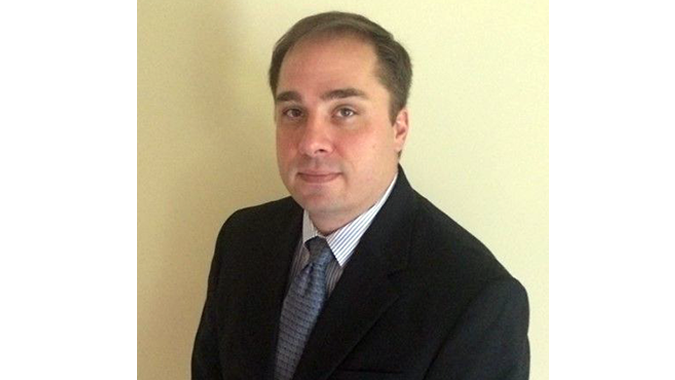 Arrow Fastener, the leader in manual, electric and cordless fastening tools, and manufacturer of the world’s best-selling staple gun, the T50, announced this week that Justin Sumner has been promoted to vice president of sales.

In his new position, Sumner will manage all aspects of sales functions for Arrow, including distribution and channel strategy, market competitiveness, pricing and compensation. He will report to COO Roberto Izaguirre and provide support and strategic direction to the sales team in order to meet the company’s customer acquisition and revenue goals.

“As Arrow continues down a path of growth and expansion, it is crucial we have the necessary talent in place to lead the charge and sustain long-term success,” Izaguirre said. “We’re proud to celebrate Justin as he moves into this leadership role, further strengthening both our national and international sales strategies.”

Prior to moving into his new position, Sumner served as director, North American and Canadian sales at the company. Before joining Arrow in 2014, Sumner worked at Ohio-based ClosetMaid, a worldwide leader in home storage and organization, as national account manager. Sumner graduated from Troy University with a bachelor’s degree in marketing.

Arrow Fastener Company, LLC is a U.S.-based manufacturer of staple guns, glue guns, and rivet tools located in Saddle Brook. Since 1929, Arrow has been a leader in fastening solutions in the big box home improvement and traditional hardware retail channels. For more than five decades, the T50 staple gun has been the industry standard, as the world’s best-selling staple gun. In July 2017, Arrow was acquired by Hangzhou GreatStar Industrial Company, a $2.2B Chinese manufacturer of forklifts, hand and power tools, robotics systems, and laser measuring devices. Arrow now serves as GreatStar’s U.S. headquarters for sales, marketing, and distribution of GreatStar’s branded tool product portfolio.