Perhaps no industry has been hit as hard by the labor shortage as the construction industry, so it should come as no surprise that contractors would look to automation to fill the gap. The Midwestern Economic Policy Institute, along with the Project for Middle Class Renewal, dove into the issue and concluded that as many as 2.7 million construction jobs could be automated by 2057.

That level of displacement represents 49% of the America’s blue-collar construction workforce, the report says, adding that automation would also eliminate nearly 500,000 non-construction jobs in the next 37 years as well.

“Advancements in technology have already dramatically re-shaped American manufacturing and eliminated millions of blue-collar, middle-class jobs,” said study co-author and Project for Middle Class Renewal Director Dr. Robert Bruno. “Similar changes are already underway in the construction sector, and it is vital for policymakers to begin thinking about ways to embrace progress without leaving middle-class workers behind.”

How much displacement actually takes place remains to be seen. According to the federal Bureau of Labor Statistics, the construction industry ended 2019 with 239,000 unfilled jobs, and a survey by the American General Contractors Association showed that four out of five contractors could not find enough workers with the right skills.

NJBIA’s Director of Economic Research Nicole Sandelier added that the construction industry has been slow to embrace automation until now, so it has some catching up to do. That catching up means tomorrow’s construction workers will need a different skill set than those on the job now.

“As these changes take hold, students seeking construction jobs must develop skills in areas not normally associated with construction, such as virtual reality, big data analytics, and cybersecurity,” she added.

Writer Zachary Phillips at ConstructionDive.com came to a similar conclusion.

“In the immediate future, though, construction jobs may not be directly replaced by automation or robots, but rather supplemented by them,” he writes. “Drones capturing (Building Information Modeling) information and data offer a good example of this, as do autonomous robots doing laser scanning. These types of workforce boosts free up construction managers onsite to focus on other work. Robots continuing to replace skilled labor onsite could help actualize the move toward workers onsite simply monitoring robots while they do most of the work.” 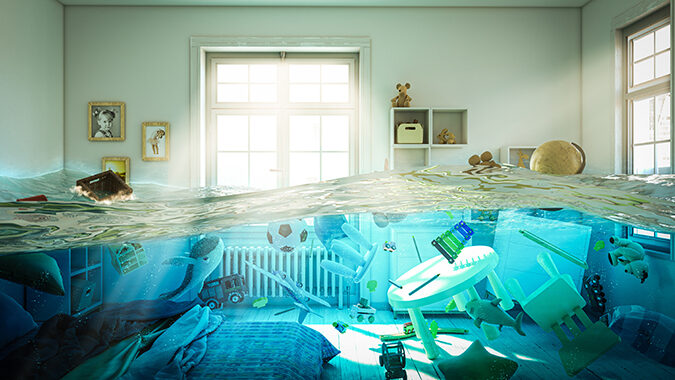 Cost of Flood Insurance Policies Rising for Many NJ Policyholders