Being a Business Leader More Than Telling Employees What to Do 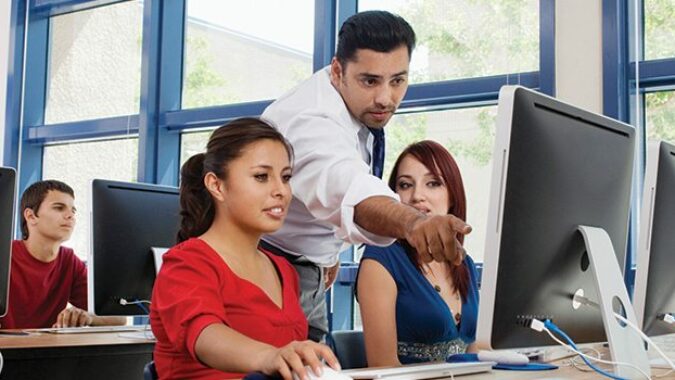 When an employee comes to you with a work problem, do you just tell them what to do? Giving out orders may seem like what you’re supposed to do when you’re a business leader, but you could be stifling your employees’ growth in the process.

I learned this lesson from my first supervisor.  Phil Kopman was his name, and he could be gruff. (He once threatened to put my hand in the shredder, but that’s another story.)

Early on, I went to him with a problem.  “Phil, I’m having trouble with Murphy’s Widget Company, and here’s the issue….”  He listened, and I asked what I should do.

Instead of telling me, he asked, “What does the handbook say?”  I admitted I hadn’t checked.  Going back to his paperwork, Phil grumbled, “Don’t come back till you’ve checked the handbook.”

I checked the handbook, but still wasn’t sure what to do.  So I sheepishly went back to Phil.  He looked up from his paperwork, with a sigh that said, “You again?”

“There you go,” Phil said as he went back to his paperwork, and then growled, “Now get outta here and get some work done.”

In forcing me to answer my own questions, Phil taught me how to solve a problem for myself.  He could have given me, or anyone else, the answers.  But he knew that giving us the answers wasn’t nearly as effective as getting us to think through the problem.

And by asking questions, he taught us to think through to the right solution.

And that’s your role as leader—to teach others to think, to ask the right questions, and by doing so, show others how to get to the right conclusion.

When coaching others on leadership, I try to be in teacher mode, asking the questions that get people to explore alternatives, look at consequences.  It’s what I learned from Phil.  But I’ll never threaten to put someone’s hand in the shredder.

As you work on your self-evaluation for the past year, ask yourself how often you were in teacher mode, and how often you were just answering questions because it was quicker and easier than getting  people to think for themselves?