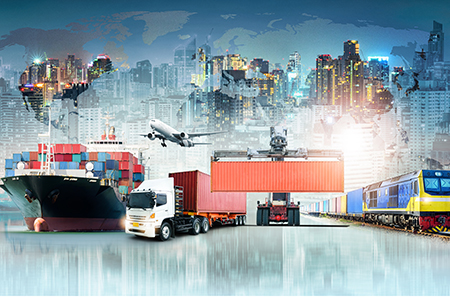 The New Jersey Business & Industry Association opposed a bill Thursday that would weaken local authority over warehouse development and harm the state’s economy.

Bill S-3688, which was released by the Senate Budget and Appropriations Committee, requires towns receiving warehouse applications to notify adjoining municipalities about the plans to get their approval. It also proposes that any disputes between towns be decided by county planning boards, with appeals going to the State Planning Commission.

In written testimony to the committee, NJBIA Vice President of Government Affairs Ray Cantor said New Jersey should embrace its logistical advantages, while also stating improvements can be made regarding the planning of such facilities.

“We understand the motives of the sponsor in wanting to address concerns of these municipalities and of the residents around the state who oppose retail warehouses in their community and neighboring communities,” Cantor said.

“However, these developments are a good thing for the state, not a negative. We also have sufficient laws on the books to consider all the potential impacts of these developments and to address concerns of neighboring communities. We need to be very careful not to harm this economic development, and the jobs that come with them, by creating uncertainty in the marketplace.”

Cantor noted in his testimony that New Jersey, as a logistical state, has the second largest port in the nation and the largest port on the East Coast. He said the Bayonne Bridge was raised in order to facilitate shipments.

New Jersey, Cantor said, experienced record-high quarterly totals for new warehouse leasing activity in the first quarter of 2021, amid limited quality warehouse and logistics spaces. The evolving supply chain, he said, has benefited the industrial market in the state as logistics and e-commerce companies continue to expand within the marketplace.

“The demand for new warehouse/industrial construction cannot be understated,” Cantor said. “This is all good news for the New Jersey economy as this construction activity brings good-paying jobs to union construction workers and those warehouses are filled with many more stable jobs.”

Cantor noted New Jersey’s significant environmental protections for proper planning, with more 1 million acres in the Pinelands and 800,000 acres in the Highlands off limits to warehouse development, in addition to the more than 1 million acres of coastal and freshwater wetlands in the state that cannot be built on.

“New Jersey already has the strictest environmental laws in the nation,” Cantor said. “We have extensive planning both at the county and municipal levels.

“If there are areas where municipalities can better cooperate, share revenues, or put better planning in place, we would be supportive of those efforts. But this legislation merely creates more burdensome processes and does not plan for or encourage the needed warehouse spaces.

“NJBIA would welcome the opportunity to work with the sponsors on legislative amendments regarding the planning and impact needs we addressed, which would help our economy grow and bring good-paying jobs to the State.”