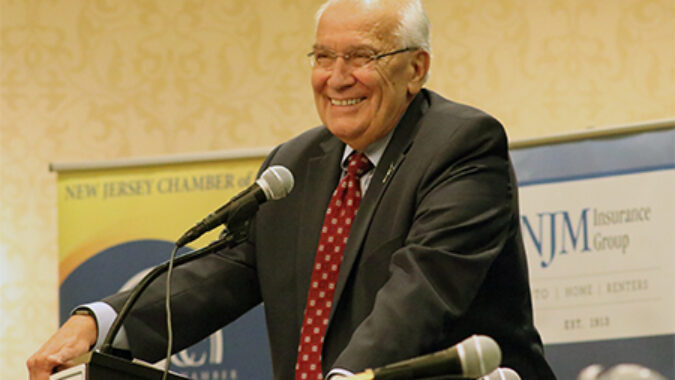 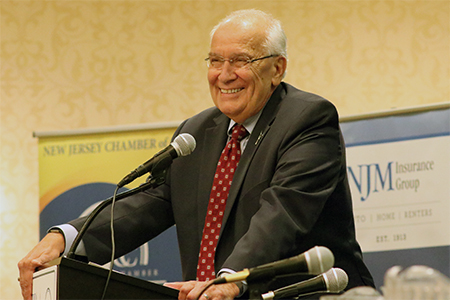 The state’s draft Energy Master Plan emphasizing offshore wind and solar power provides the roadmap that gets New Jersey to its ambitious goal of 100% clean energy by 2050, but natural gas and nuclear power are still necessary to meet the energy needs of the state’s homes and businesses.

That was the message delivered Wednesday by State Board of Public Utilities President Joseph Fiordaliso to nearly 100 business people gathered at a Meet the Decision Makers event hosted by NJBIA and the State Chamber of Commerce.

“Clean energy initiatives, right now, are not sufficient to provide the necessary power required by the state of New Jersey, so we need bridges,” Fiordaliso said. “We need (natural) gas, we need nukes, which I hope, are going to provide those bridges.”

Even beyond 2050, realism will dictate that nuclear power and natural gas will be part of our energy mix and the BPU will not take actions that put the state’s energy system at risk, Fiordaliso said.

“This has never been done before,” Fiordaliso said, emphasizing that the BPU plans to go “step by step” and act “prudently.”

Fiordaliso said New Jersey was in the midst of an “energy revolution” and stressed the business and economic opportunities that the development of offshore wind will provide. The nation’s largest offshore wind farm, which PSEG and Orsted are planning to build 15 miles off the New Jersey coast, will create 15,000 jobs and, when operational in 2024, generate enough electricity for 500,000 homes.

That 1,100-megawatt project, Ocean Wind, is the first step toward achieving the state’s goal of generating 3,500 megawatts of energy to power 1.5 million customers by 2030. BPU intends to solicit additional 1,200 megawatt projects in 2020 and 2022.

“The Economic Development Authority has started a registry because we want to make New Jersey the supply chain for wind up and down the East Coast,” Fiordaliso said, noting the economic benefits will extend beyond the wind industry to the many ancillary businesses as well.

In the meantime, the state’s growing solar energy industry had made New Jersey the “Saudi Arabia of rooftops,” Fiordaliso said.

“We have over 115,000 solar energy installations in New Jersey — more solar installations per square mile than any state in the nation,” Fiordaliso said. “Over 7,000 jobs have been created and we are committed to maintaining a vibrant solar industry in New Jersey.”

Fiordaliso said another key component of the Murphy administration’s clean energy goals is to put 330,000 electric vehicles on the road by 2025. The BPU is in the process of bringing on board a consultant to formulate a program that will include financial incentives for consumers who purchase electric vehicles, as well as funds for the construction of more electric vehicle charging stations.

“We have over 300, almost 350 charging stations to plug your electric vehicle in, but that infrastructure has to be expanded,” Fiordaliso said.

Fiordaliso said financial incentives for purchasing electric vehicles are needed to electrify the transportation sector and reduce the gasoline emissions that contribute to global warming.

“It’s going to probably be a similar kind of program to what we did initially with solar, where it was a rebate program,” Fiordaliso said. “And then you move slowly off of that.  All of these industries eventually have to stand on their own two feet.”

Mitigating the cost of clean energy initiatives to the ratepayer is an important concern, Fiordaliso said.

“We are very careful when we evaluate a program that the ratepayer is never forgotten,” Fiordaliso said. “That’s the balancing act that the Board of Public Utilities has to do.”

The draft Energy Master Plan was the subject of a series of stakeholder meetings earlier this year and is expected to be adopted in December. NJBIA led a coalition of 17 business groups that urged BPU to fully consider the ratepayer impact of converting to 100% clean (carbon-neutral) energy by 2050. 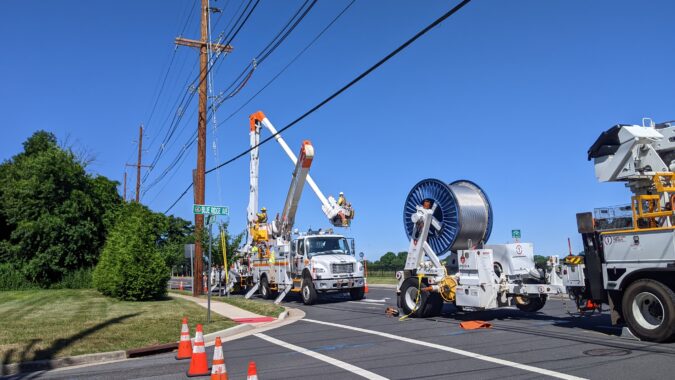