Breaking the Glass Ceiling with Preparation, Serendipity and a Folding Chair 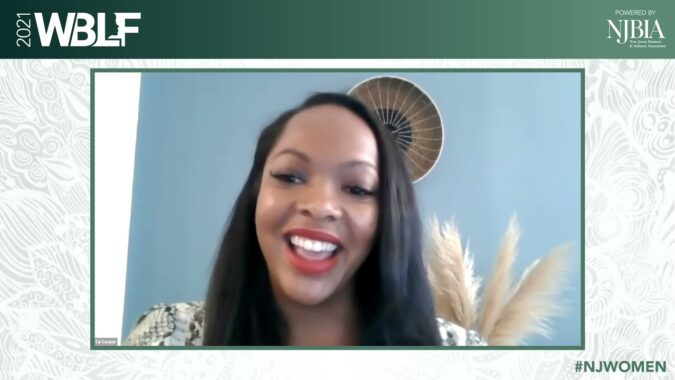 A successful woman in today’s business world needs to be fearless, prepared, and ready to take her shot when the opportunity arises.

“When the window opens … that’s when we jump through,” Dorian Hansen, executive vice president of Investors Bank, told hundreds of attendees during the “It’s a (Wo)man’s World” panel discussion at the recent NJBIA’s Women Business Leaders Forum.

Women must be “suited up and on top of their game” all the time because the chance to break the glass ceiling often unfolds when the unexpected happens, Hansen said.

New York Gov. Kathy Hochul, for example, is highly qualified with a long public service career, including six years as lieutenant governor, she said. But it took a “man messing up” for Hochul to become the state’s first female chief executive, Hansen said, referring to Gov. Andrew Cuomo’s resignation.

“She stepped up … but she got her shot because a man in the room misbehaved,” Hansen said.  “I also think about the scandal on ‘Jeopardy!’ Mayim Bialik – remember the smart young woman who is now the host? She also had to step up. A lot of times the opportunities that come our way are because a man dropped the ball.

“So be prepared … be that utility player, be able to pivot and step up,” Hansen said. “Because that’s how sometimes we get our shot.”

Other business executives on the panel urged women to step outside their comfort zone because that’s when serendipitous events that help their careers are likely to occur.

“Don’t be afraid to be fearless,” said Tai Cooper, chief community development officer at the New Jersey Economic Development Authority. “Ask the questions, ask for the raise, ask for the promotion. The worst they can say is no. And ‘no’ is not bad because you’re going to keep going back until you get a ‘yes.’”

Cooper recalled that Shirley Chisholm, the first black woman elected to Congress, once said that a woman denied a seat at the table should bring her own folding chair.

“That’s been my guiding point forever,” Cooper said. “I will always have a folding chair. Not just for myself but for the other women that we’re trying to bring up with us as well.”

Mayra Linares-Garcia, vice president of public affairs and communications at Liberty Coca-Cola Beverages, also stressed the importance of lifting others up and building relationships.

“Help build your team, help build up others,” Linares-Garcia said. “Your network is so important. If you can give back, or help bring someone up, it’s always going to come back to you and be a benefit.” 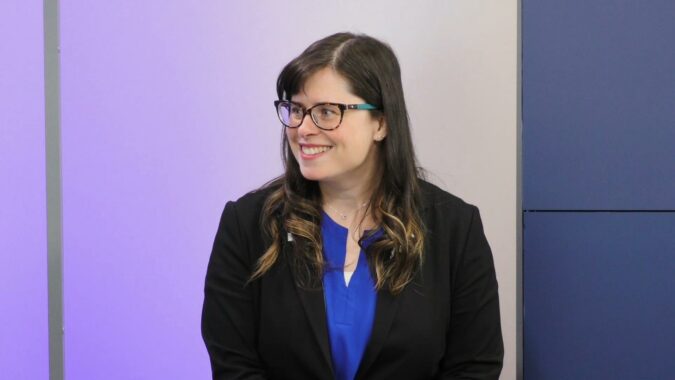