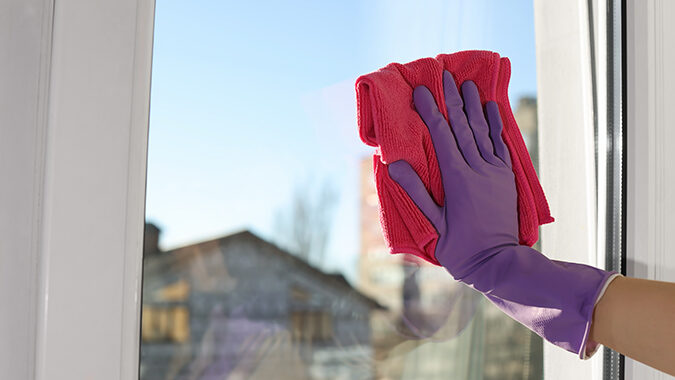 Advocates for an NJBIA-opposed bill that creates the “New Jersey Domestic Workers Bill of Rights” may be looking to strengthen worker protections where necessary.

But they’re also ignoring the protections that already exist for workers and negating just how much the legislation would overburden legitimate businesses in the care industry that provide the jobs they seek.

“Domestic workers can and absolutely should file a wage complaint with the state Department of Labor and Workforce Development if they face wage theft,” said NJBIA Vice President of Government Affairs Alexis Bailey. “As we have seen in recent press releases, NJDOL enforces wage-and-hour laws and publicizes employers who commit a violation.”

“But the fact of the matter is some of the provisions in this legislation far and away exceed those in other states and are patently unfair for employers. Further, some of the mandated benefits included in the bill are not available for any other types of workers in the state or under federal law. We believe this bill must provide a fairer balance.”

Domestic workers are typically defined as those who provide direct and indirect care and cleaning services for private households.

Bill A-822, thus far, has passed through the Assembly Labor Committee and has been second referenced to the Assembly State and Local Government Committee.

Here are a few of the most concerning provisions of the bill, according to Bailey.

Including the ABC test, which is used to determine worker classification in the state workers’ compensation law, is a provision in the bill that is strongly opposed by NJBIA.

Benefits included in this bill include break times, termination notifications, and days off which are not present for other types of workers in other parts of state or federal law.

“These types of benefits are typically negotiated for workers through collective bargaining or their employment contracts and can vary based on the nature of the work being performed,” Bailey said.

“For employers that fail to allow for meal and/or rest periods either due to lack of ability or the nature of the domestic work, like medical or childcare duties, the bill indicates that the domestic worker is entitled to an additional one hour of pay.”

Licensed home health aides and the businesses they work for are already heavily regulated by the state Division of Consumer Affairs, Department of Labor and Workforce Development and the Department of Health.

Carving out home healthcare workers that are paid through Medicaid or Medicare, but not those paid through private pay is challenging, Bailey said.

“An individual home health aide must be employed by a licensed home health agency, healthcare service firm, or hospice in New Jersey,” she said. “The agency can receive funding from both private and public dollars depending on the patient.

“Thus, a particular home health aide may care for a patient that is on Medicare, Medicaid or private pay or a combination of all payment structures. We suggest removing home health aides entirely because they are licensed and highly regulated to avoid overburdening an industry that is already strained and facing shortages.”

The vague language of the bill creates joint and several liability between individuals and employers with an overlapping employment relationship with a domestic worker.

Bailey said this language can create joint liability between multiple businesses and/or private individuals that may employ the same domestic worker and hold individuals and businesses responsible for incidents or violations that are completely out of their control, which can lead to both civil and criminal penalties for employers.

“For example, a house cleaning worker and home healthcare worker have vastly different responsibilities and job duties,” she said. “Each type of domestic worker and business model faces differing needs, challenges, roles, and regulatory frameworks that are already in place that must be thoroughly considered. A one-size-fits-all model for this sector cannot apply in all cases.”

The bill also stops any contract with a domestic worker from containing a non-disclosure agreement, restrictive covenant or non-disparagement agreement.

Bailey also said that the logistics of inspecting and regulating thousands of private homes across the state that employ domestic workers would be a great challenge.

If you would like to join NJBIA’s coalition opposing this legislation, please contact Alexis Bailey at abailey@njbia.org.