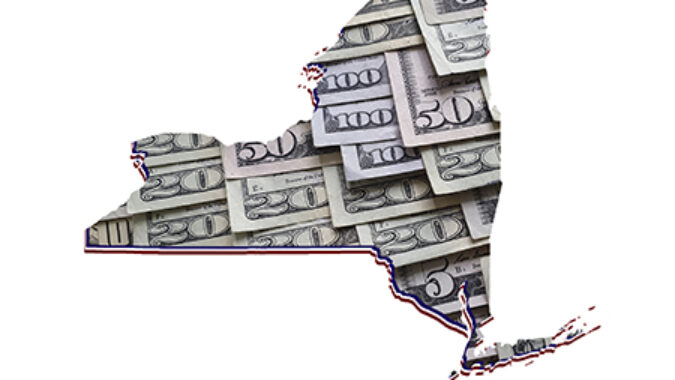 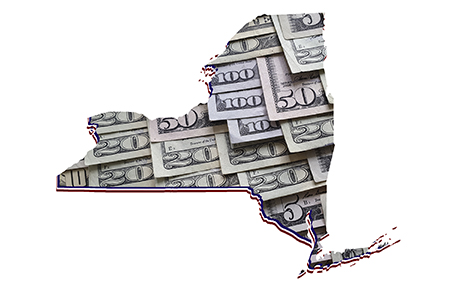 The pandemic has many employees telecommuting from their New Jersey homes, instead of working from New York City offices, and that raises thorny tax issues as well as questions from policymakers who want New Jersey to find a way to recapture the billions in tax dollars New York is still keeping.

A virtual meeting of NJBIA and the NJ Chamber of Commerce’s Joint Taxation and Economic Development Policy Committee on Friday covered this topic and other tax issues related to Gov. Phil Murphy’s proposed $40.1 billion state budget for the 2021 fiscal year that begins Oct. 1. More than 70 CPAs, tax experts and business leaders participated in the virtual discussion.

Experts from the Senate and Assembly Republican offices told the group that GOP legislators oppose the Governor’s proposed budget because it calls for $1 billion in new taxes and $4 billion in new borrowing. The state should look for alternative solutions that address its budget situation without resorting to new taxes that would hurt New Jersey’s competitiveness or further run up the state’s debts, they said.

Case in point: People who are now telecommuting in their New Jersey homes, instead of working in New York City, whose employers continue to withhold New York taxes from their paychecks.

“Why in the world are people who don’t step foot in New York City — and probably won’t for the rest of the year — why are they paying New York taxes?” asked Senate Republican Budget Director Tom Neff. New Jersey should find “creative solutions,” so that telecommuters pay lower taxes to New Jersey and the state Treasury recaptures the estimated $3.4 billion a year that now goes to New York, he said.

State Taxation Director John Ficara had addressed the telecommuter tax quandary earlier in the call, noting it was a difficult problem because it leaves New Jersey “between a rock and a hard place.”

New York and New Jersey don’t have a reciprocal tax agreement, which means Garden State residents who work across state lines pay taxes on income they’ve earned in New York to New York.  New Jersey also taxes that income, but it gives Garden State residents a tax credit for the amount of taxes they have paid to other non-federal jurisdictions, which is known in tax parlance as the COJ.

“We are seeing more and more of this situation where New York continues to tax that and New Jersey continues to issue the credit to avoid double taxation of its residents,” Ficara said. “That’s a lot of money that’s being paid out by New Jersey and some may say you’re subsidizing New York … but that’s the reality of how the rules work.”

Ficara said the Murphy administration has been asked to consider options to resolve this, but it has to be careful to avoid putting New Jersey residents in a position where they might be paying taxes to two states if New Jersey’s tax credit for taxes paid to other jurisdictions is changed.

“If a change in our COJ rules creates double taxation, that’s obviously not a good thing for our individual taxpayers,” Ficara said. He said that absent a “meeting of the minds” of both states, the issue would likely have to be resolved through either litigation or a pre-emptive federal mandate.

Even without recapturing the tax revenues lost to New York, both Neff and Assembly Republican Policy Director Ross Dammer said the governor’s budget still doesn’t need the tax increases and borrowing it proposes. The administration had underestimated FY2021 tax revenues by between $1.4 billion and $2 billion, excessively padded the state surplus, and unnecessarily increased spending, they said.

The governor has increased non-COVID-19 spending by 3.6% to fund a variety of new and unnecessary programs, Neff and Dammer said, such as the proposed “baby bonds” initiative that would put $1,000 in a savings account for every child born in New Jersey in 2021.

Dammer said that $1,000 deposit earning 1.37% would provide the child only $1,270 by the time he or she turned 18 – an amount that “barely makes a dent” in college tuition or a home down payment. It would be more impactful to use the $80 million the program would cost to increase aid to public schools, instead of leaving total state education aid flat in the proposed FY2021 budget.

Neff said the proposed $2.2 billion FY2021 surplus account was too high and “padded” with borrowed money from the planned issuance of $4 billion in bonds.

“Why you would borrow $4 billion to put the money in a bank account and then leave it there?” Neff asked. “It makes no sense at all. “If you’re not going to use the money, don’t borrow it in the first place.”