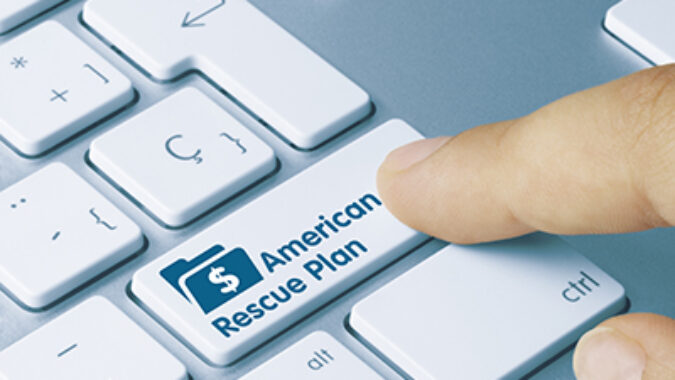 Several thoughts were offered by business leaders on Monday on how to best use the $6.4 billion in federal aid coming to New Jersey via the American Rescue Plan.

But whether it was a commitment to non-recurring spending, assistance for minority-owned businesses and nonprofits, debt savings, or investments in education and infrastructure, one common request emerged to policymakers in a press conference held by the New Jersey Business Coalition:

“Like the Great Recession, New Jersey is not alone in the challenges we face from COVID,” NJBIA President and CEO Michele Siekerka said. “However, we want to ensure that New Jersey does not take a lagging position to all other states in the nation, coming out of COVID, like we did back in 2009.”

“With this tremendous amount of money come tremendous opportunity,” added Christina Renna, President and CEO of the Chamber of Commerce Southern New Jersey. “I think it’s fair to say that historically New Jersey has not always been the most fiscally prudent in its approach to budgeting and spending, which is what brings us here today.”

Here are some of the recommendations put forth in today’s virtual press conference, which was also attended by members of multiple legislative offices.

Christina Renna, President and CEO of the Chamber of Commerce Southern New Jersey

Renna maintained that funds should be used for New Jersey’s most impacted residents and industries, but all spending should be on non-recurring items to avoid future tax increases.

She encouraged a continuation of programs, like those over the past year, that provided immediate help for those in need. But she also asked for consideration of multiyear, phased-in approaches when it makes more sense, or “spacing out the total spend while ensuring those in recovery mode have the financial tools at their disposal over the coming months and perhaps years.”

“This will take fiscal restraint – to take a portion of this money and put it aside for continued need in FY2023 and FY2024 – but it’s also a smart, responsible and strategic approach to helping those that need it,” Renna said.

“As the state receives this influx of money, we respectfully suggest that each decision on spending is made with an eye to the future,” she said. “How can these funds be spent to maximize the return on investment and grow long-term revenues in New Jersey?”

Thomas also echoed Renna’s call for a focus on spending of non-recurring items only to avoid any more long-term structural deficits “that might burden future budgets.”

Thomas also saw advantages for the state in conducting an immediate audit to identify what of New Jersey’s debt can be paid down expeditiously.

“If able, New Jersey should reserve at least a third of the federal funds for a special short-term surplus,” Thomas said. “This would be to draw down over multiple budgets for anticipated spending growth, such as for emergency bonding debt service and to pay down debt.

“And legislation should be passed to guarantee that these funds are not raided for other purposes, which as we all know happens far too frequently.”

Like NJBIA, Thomas also was a proponent of dedicating at least $400 million to pay down the Unemployment Insurance (UI) Trust Fund debt.

“This which will delay the pending unemployment insurance payroll tax increase on jobs by a year,” Thomas said.

NJBIA Vice President of Government Affairs Christopher Emigholz also noted in the session that the UI payroll tax increase scheduled for this year “is a tax on jobs” that should be avoided if possible.

Harmon called for a comprehensive plan to address health and education disparities, workforce competitiveness, and business stimulation – but all through recommended actions that would make New Jersey “a little more equitable,” while also benefiting the state’s ROI.

“I believe our poorest communities should be granted priority on all resource disbursements, especially those communities that have systemic problems in terms of poverty and unemployment, and not a part of the mainstream,” Harmon said.

Tangibly, Harmon suggested the establishment of grant opportunities for cultural tourism to drive business to hospitality and destination venues in New Jersey, as well as for underperforming urban retail, entertainment and wholesale businesses.

“We should really look at how we can leverage these resources to bring hope and optimism back to those sectors of our economy,” he said.

Harmon also recommended the prioritization of state contract opportunities for businesses in the state, but with the elimination or reduction of prevailing wage requirements so that “the impact on small businesses is minimized.”

Vinson, speaking for the nonprofit community, spoke on how nonprofits “stepped up like they always do” during the pandemic and services that were exacerbated by the crisis – most notably food insecurity, mental health and childcare – need the most funding.

“The food banks need continued funding to meet increased demand,” Vinson said. “But funding should also go toward strengthening the emergency food network, which are the food pantries, soup kitchens, shelters and community-based organizations that distribute the food to those in need.

“Those are the places families turn to in their time of need,” she said.

Whether it’s for much-needed funding for mental health or childcare services, Vinson said it was critical that government not compete with nonprofits to deliver certain programs.

“Instead, they should capitalize on the expertise of so many nonprofits that have been in this space for decades and partner with them to reach as many vulnerable youths as possible that no doubt need the social, emotional, and educational support after months of remote learning,” Vinson said.

“The role of nonprofits is likely never been so critically important than right now. Besides helping the sector meet the immediate needs brought on by the pandemic, long-term funding that will enable New Jersey’s nonprofits to modernize and upgrade facilities, make infrastructure and system improvements that will enable them to respond to needs now and in the future.”

Bloom made a strong case for recovery funding to go to STEM education and training.

“It is widely acknowledged that STEM, particularly engineering, is at the center of innovation,” Bloom said. “In addition, engineering is reported to be a “workforce multiplier,” i.e., for every engineering position there are seven downstream jobs.”

Bloom said in the pandemic’s wake, New Jersey needs a plan for education and training programs that serve multiple STEM professions, whose projected growth “is double most other professions” in the state.

“There are major workforce growth opportunities for women and minorities who continue to be significantly underrepresented in the STEM professions,” Bloom said.

“Some have stated that STEM is the new liberal arts. However, we must recognize that if this is the case, if in fact every business and industry is increasingly a technological one, becoming digital, with AI smart using big data, this STEM workforce comes with a price tag that is 60 to 100% more expensive than your humanities and liberal arts major.”

But even more directly to New Jersey’s recovery, Corrigan said a funding commitment to infrastructure improvements – and jobs – would be a big of puzzle.

“New Jersey infrastructure – in general – is long overdue for an upgrade,” Corrigan said. “Comprehensive, long-term planning is a common theme I’ve been hearing.

“I fully realize  there needs to be balance, but improvements in these sectors provide immediate construction jobs while providing a solid foundation for New Jersey’s future.”