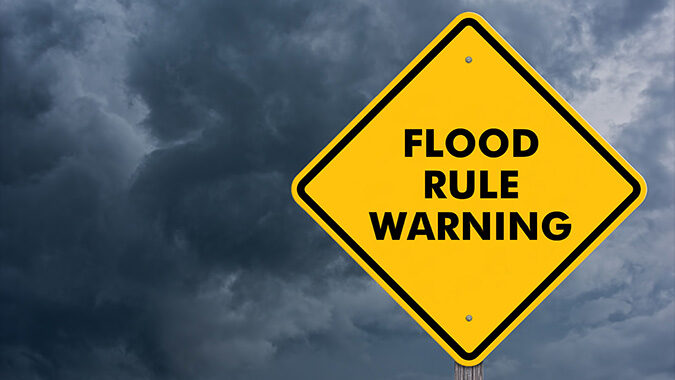 “The rules fail to address the primary causes of flooding – which is inadequate stormwater infrastructure,” Cantor said. “In essence, DEP is using inadequate infrastructure to greatly expand the flood regulatory program.”

Cantor also said DEP is using two separate standards for grandfathering in projects under the proposed rules – only allow those which have started construction to remain unchanged.

“If you are a developer outside a current flood zone but will become part of a newly mapped flood zone, the rule will only grandfather you in if construction has started,” Cantor said. “Those who have spent time and money to hire architects, secured financing and obtained most of their permits are now unfairly out of luck because the state changed the rules and put their project in a flood zone that did not exist before.

“Those projects, which will likely include things low-income housing project, will have to be redesigned, re-funded and will have to start the state and local permitting process all over again – meaning developers will lose millions of dollars.

Cantor said NJBIA is recommending the DEP to use a broader grandfather provision, or a year’s delay in implementing the rule, for those projects currently in development and outside the current flood zone.