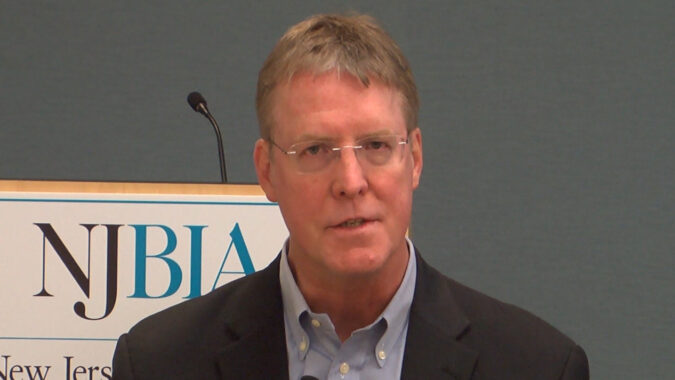 That’s the prediction Joe Galvin, chief research officer for Vistage, delivered at a Feb. 27 webcast from NJBIA’s headquarters. Yet despite the slowdown, Galvin said there are plenty of reasons to remain confident in the economy. In fact, he dubbed this year’s theme, “Confidence with caution.”

“There’s still a lot of tailwinds blowing in our economic sails,” Galvin said. “But the headwinds are out there as well.”

The conclusions are drawn largely from the attitudes of CEOs running small and mid-size businesses. Galvin and his team survey about 1,260 CEOs four times a year on their confidence in the economy, whether they plan to hire or invest in their businesses, and what they think the economy has done and will do in the future.

The latest results suggest 2019 won’t be as good as 2018. But 2018 was so good, that the economy can still be considered strong even if it doesn’t reach the same level.

“It was just a year ago, everyone was fired up,” Galvin explained. “We had seen the optimism coming into 2017 and the reduction of regulations, and gearing up for the tax cut to push through 2018. A year ago was the good old days.”

Looking forward, Vistage’s data show that only 14 percent of CEOs see the economy improving in the next year, compared with 45 percent who saw economic growth coming in 2018. New Jersey CEOs were even more pessimistic, with only 6 percent seeing growth in the future.

Despite that outlook, 65 percent of CEOs expect to add to their workforces in the next 12 months, Galvin said, and just short of 90 percent of them expect to maintain or increase their investments in their business.

“Those are signs of growth,” Galvin said. “Those are not signs of a slowdown.”

So what is holding back optimism?

Galvin says the extremely low unemployment rate (3.8 percent) has made finding talent and holding on to it extremely difficult. That, in turn, is pushing wages up. Additionally, tariffs are having a “radical impact” on the profitability of certain sectors, such as manufacturing and trades.

So the question becomes, will the coming economic downturn be merely a slowdown of growth or a recession.

“What we see in the responses from our members is confidence in their business and the belief that their business will grow, but great concern and caution about the market their doing it in,” Galvin said.