Christie Urges Business Community to be Part of Re-Entry Efforts 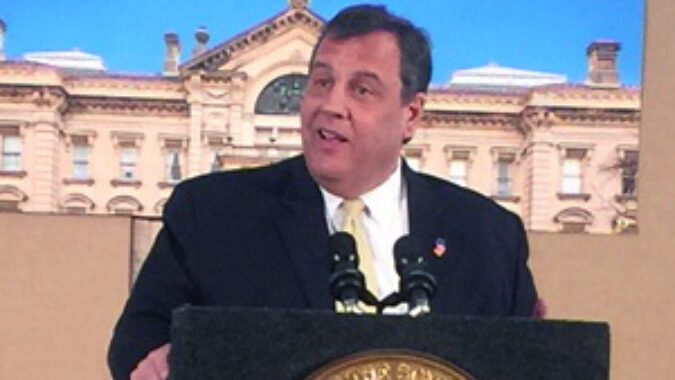 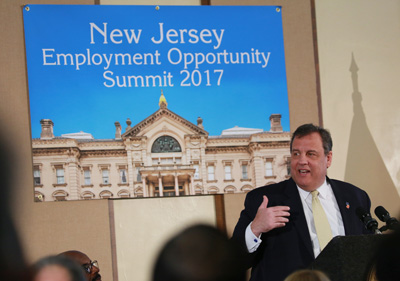 Noting that “everyone deserves a second chance,” Gov. Chris Christie today called on the business community to partner with him in his efforts to help ex-offenders  find gainful employment and leave behind their former lives of addiction and crime.

The Governor  spoke at the Employment Opportunity Summit at Thomas Edison State College in Trenton, which was held in coordination with Koch Industries, NJ Reentry Corporation, the New Jersey Business & Industry Association, Choose New Jersey, the New Jersey Chamber of Commerce, the NJ Restaurant Association and the NJ Gasoline Convenience and Automotive Association.

Leaders of two New Jersey businesses–Sansone Auto Mall and the Newark-based AeroFarms –told the gathering they have collectively hired hundreds of ex-offenders with great success. Many of these ex-offenders are among their most dedicated employees, they said.

Mark Holden, general counsel of Koch Industries, which has campaigned across the country about the need to “ban the box” asking about criminal history on employment applications, said as important as it is to change laws, it is also just as important to change hearts and minds.

“We don’t need an Act of Congress, we need an act of conscience,” Holden said, noting it was wrong to foreclose job opportunities and the chance of a productive life on someone because of a mistake they made in their past. “People who spend time behind bars, 98 percent of them are coming out and coming home.  The key to this are jobs. A job is a lifeline; it is a way back into society.”

Former Gov. James McGreevey, now the chairman of the NJ Reentry Corporation, said government can serve as a “bridge” from prison to reentry into society, but others must do their part.

“All the studies show that we can do everything right. We can provide addiction treatment, we can provide for housing, legal services… but if there’s not a sustained employment opportunity it eventually collapses,” McGreevey said.

Gov. Christie, who signed New Jersey’s own “ban the box” law in 2014 and whose administration is in the process of converting Mid-State Prison into a drug rehabilitation center for inmates,  urged the business community to get behind his efforts to give ex-offenders, especially those recovering from the disease of addiction, a second chance.

“Employers who are here today, you are indispensable in this,” Christie said.

Michele Siekerka, the president and CEO of NJBIA,  said she was eager to work with the governor on this issue.