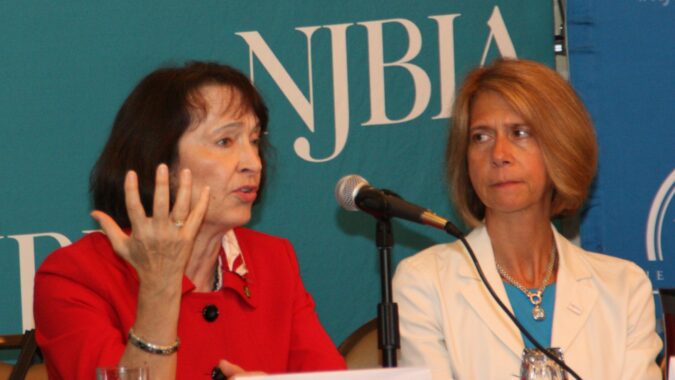 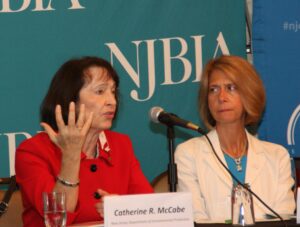 According to the new Commissioner of Environmental Protection, the key to a vibrant economy and a healthy environment is the same—a solid, strong and clean energy base.

Speaking before business owners from NJBIA and the NJ Chamber of Commerce just hours before her formal swearing in, Catherine McCabe said building that energy base begins with rejoining the Regional Greenhouse Gas Initiative or RGGI.

The Murphy administration is making clean energy a top priority, and McCabe sees RGGI as an ideal fit.  RGGI establishes a cap on the amount of CO2 power plants can emit by issuing a limited number of tradable allowances. Power generators purchase the allowances through auction, with the proceeds redistributed back to the participating states.

New Jersey helped create the program but pulled out it of just before it went online in 2009.

“We think that was a short-sighted decision,” McCabe said. “It not only backtracked on New Jersey’s prior commitment to fight climate change by reducing greenhouse gases, but it also deprived New Jersey of a very  valuable opportunity to generate auction proceeds that could have been used and have been used by other states to further promote their new clean energy technologies and reduce emissions.”

Rejoining RGGI isn’t that simple, however. “Getting back into RGGI is a little more complicated than leaving it was,” McCabe said.

The administration is negotiating with the nine states currently in RGGI to make sure that New Jersey’s emission’s cap is set at a reasonable level so it doesn’t cause any spike in energy prices for consumers.

Once the negotiations are complete, however, the Department of Environmental Protection (DEP) will be ready to go with regulations setting up the mechanism for operating in RGGI and for distributing the proceeds. McCabe said the rules cannot be made public until the negotiations are competed, but how the funds will be distributed was established by the Legislature in 2007:

While the state may have missed out on RGGI proceeds, New Jersey’s power sector has performed impressively. McCabe said power generators have become much cleaner over the years as the old coal and oil fired generators are being replaced by with cleaner burning natural gas units.

“New Jersey’s power sector now actually has the lowest carbon dioxide emissions rate of all of the RGGI states.  We left RGGI, but we did an even better job in lowering our emissions.”

McCabe said she views the economy and the environment as linked.

“We need economic vitality to support our efforts to promote environmental,” she said. “We also need healthy environment and healthy communities. All of that is critical to making New Jersey a place where businesses want locate and people want to live.” 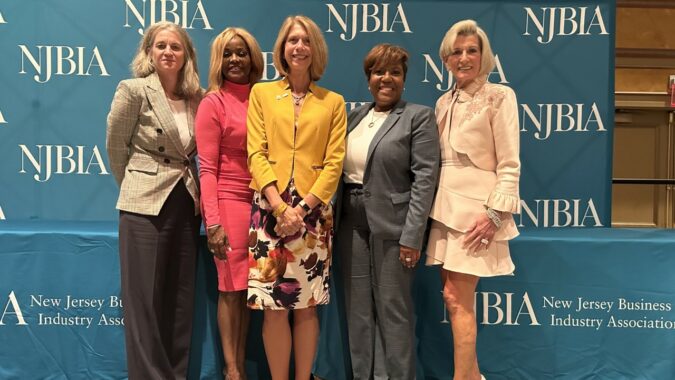