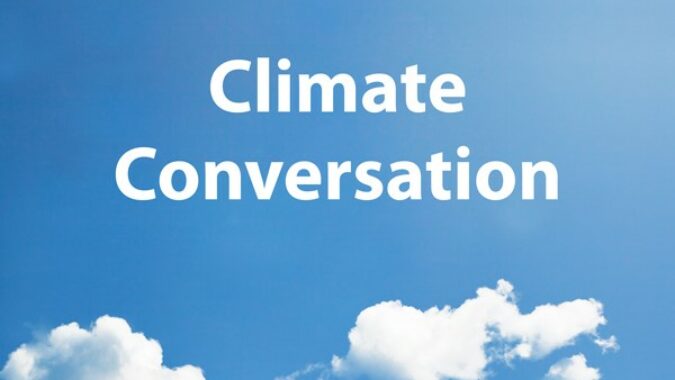 Adapting to climate change has been a primary focus of Gov. Phil Murphy’s administration, with a target a goal of reaching 100% clean energy by 2050.

While the costs and reliability concerns on the pathway to Murphy’s goals were a main focus of discussion during an NJBIA energy conference on Friday, one nationally renowned climate expert showed that the climate crisis narrative needs to change for more pragmatic solutions to take place.

“It is my assessment that we’ve vastly oversimplified both the problem and its solutions,” Dr. Judith Curry, a climatologist and founder of the Climate Forecast Applications Network, told the 270-plus attendees at Friday’s Energy & Decarbonization event at Forsgate Country Club.

“The complexity and uncertainty surrounding climate change is being kept away from the public and policy debates,” Curry said. “Rapid reductions in emissions are technologically and politically infeasible on a global scale. And it overemphasizes the role of climate change in societal problems, distracting from real solutions to these problems.”

Curry, however, said the biggest warning from the IPCC was associated with an emissions scenario that was “implausibly high, if not impossible.”

Sea level rise has also been behind new Flood Hazard rules proposed by the state Department of Environmental Protection, which will result in greater adaptability costs and possibly a retreat from coastal areas. The DEP based its rules on a 2019 Rutgers report that called for a rise of seas of 5.1 feet in the next 80 years.

Curry presented a slide with a data record for Atlantic City, dating back to 1910, showing the sea level has been rising at a steady rate of 1.36 feet, or 16 inches, per century. She said New Jersey’s sea level rise is somewhat larger than the global average, due to the sinking of its coastal lands and an extraction of ground water.

At the same time, however, she said “that the Rutgers’ projections are substantially higher than the IPCC projections.”

With modeling she presented, Curry suggested sea level rise of 3.1 feet by 2100 “is a better target for New Jersey’s climate adaptation plans, which is consistent with the latest IPCC assessment reports.”

On the road to net-zero carbon emissions by 2050, Curry said it is relatively easy for countries and states that have a large amount of hydropower or an existing base of nuclear power. But, she said, “it will be very difficult for most other regions, particularly in the face of growing population and desired economic growth.”

And then there is the matter of acting with a sense of urgency based on concerns by those who aren’t climate scientists.

“Setting targets to accomplish net-zero and then reasoning backwards to policies has arguably been unproductive,” she said. “The targets are mostly untethered from actual policies. Further, the existence of the targets relieves the political pressure for the appearance of action.

“But even if we can’t meet the targets, we should try anyways, right?,” she asked rhetorically. “Well, the fundamental problem is the level of urgency. I’ve shown that the perception of a crisis and the level of alarm that is often portrayed in the media and by politicians is overblown.”

Overall, Curry said the objective of the clean energy transition “should be to improve human well-being in the 21st century, while protecting the environment as much as we can.”

And on that path, she warned of the dangers of not having enough electricity supply to reach 100% clean energy.

“Nations and states are coming to grips with their over dependence on wind and solar, notably California, the UK and Europe,” Curry said. “Concerns about not meeting electricity needs next winter are resulting in a near-term reliance on coal in Europe and Asia. You can avoid this situation by hanging on to your existing nuclear and natural gas generating capacity.”