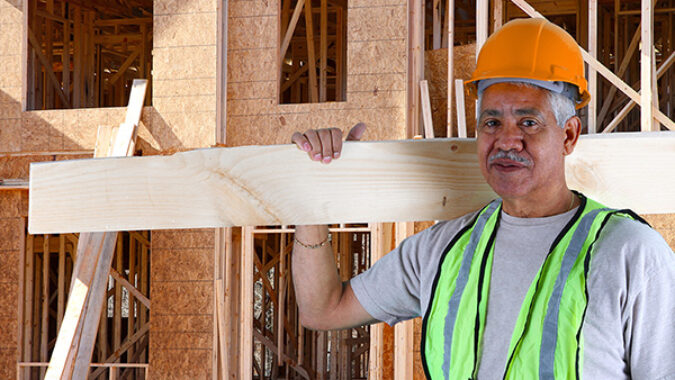 A controversial and fast-tracked bill that severely limits the ability of small businesses to bid on public works contracts by stifling their ability to meet apprenticeship program requirements gets a final session vote in the Senate and Assembly on Monday.

NJBIA, which has been a consistent champion of apprenticeship and workforce development programs, is opposing bill S-4207.

Other groups voiced their concerns on the impacts of the bill on small and minority-owned businesses on Thursday’s morning’s Bill Spadea radio show on NJ101.5.

Both the African American Chamber of Commerce of New Jersey and the Associated Builders and Contractors of New Jersey also wrote an oped in NJ.com opposing the bill, adding that the legislation would also hurt taxpayers and minority-owned businesses.

So what is it about? Under the bill, contractors that rely on the ability to participate in an aggregated USDOL apprenticeship program would face immense challenges remaining in compliance with state requirements to bid on public works contracts.

Further, the legislation allows the state Department of Labor and Workforce Development to suspend a current contractor’s certificate of registration to perform public work while between renewal cycles – even if their original certificate was established prior to the enactment of the bill.

“Stifling the ability participate in an aggregated apprenticeship program will completely shut out these businesses from public contracts, including small projects they may typically complete for school districts or municipalities,” said NJBIA Director of Government Affairs Alexis Bailey.

“These small business contractors will effectively be cut off from a significant source of revenue with no proper recourse. This would unfairly limit competition in the market, resulting in higher cost projects for the state harming both the business community and taxpayers.”

In 2020, more than 1,900 potential contractors were initially denied bidding on public works contracts, with a majority of them losing out on a contract for failing to participate in an apprenticeship program.

“If the Legislature limits the ability of a small contractor to participate in an apprenticeship program that is accessible to them, even more contractors will be left out of the public bidding process at a time when a robust construction workforce is greatly needed,” Bailey said.

“As federal infrastructure dollars pour into our state in the coming years, New Jersey must be prepared to encourage more contractors, not less, to be able to execute the many projects our state so desperately needs.”

The bill also states that a contractor whose certificate of registration is suspended or revoked under the new apprenticeship requirements would then be considered to have a “prior offense” when NJDOLWD determines whether to grant any subsequent certificates of registration.

“Contractors would effectively be punished at no fault of their own because the Legislature changed the rules while they were in the midst of operating under a valid certificate of registration,” Bailey said.

Further, a revision of the bill calls for a contractor to face civil penalties and be held criminally liable if they fail to register with a state apprenticeship program.

“This revision may stifle contractors from even attempting to participate in a public works project if they fear civil and criminal penalties for failing to meet ambiguous apprenticeship registration requirements while completing a project,” Bailey said.