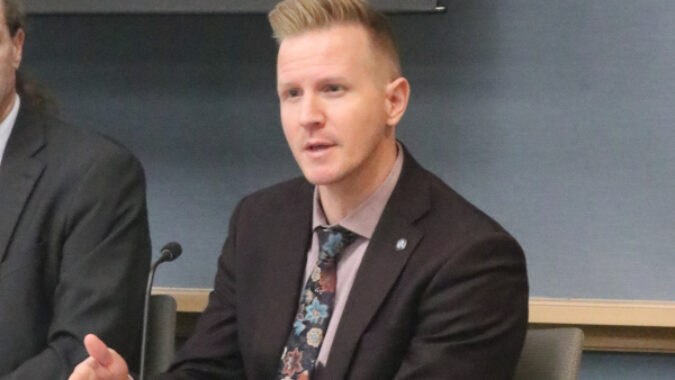 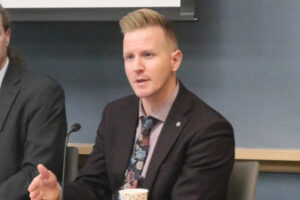 Shawn LaTourette, chief of staff for the New Jersey Department of Environmental Protection, responds to a question

Since the first draft of the state’s Energy Master Plan became available in 2019, NJBIA has been sounding the alarm on how much it will cost and called for a study on how it would impact electricity bills. At this morning’s joint meeting of NJBIA’s Environmental Quality and Energy Policy Committees, attendees learned that such a study is underway and could be released before the end of March.

Shawn LaTourette, chief of staff of the New Jersey Department of Environmental Protection (DEP), said the New Jersey Board of Public Utilities (BPU) is conducting the study “with external clients.” He indicated that there was not a firm date for its completion, but that the “hoped for” release date of a ratepayer impact study is before the end of the first quarter of 2020.

In the meantime, the DEP is moving forward with its revamp of environmental regulations to put greater focus on climate change, as required by Executive Order No. 100, which Gov. Phil Murphy signed when he unveiled the Energy Master Plan last month.

The 290-page Energy Master Plan (EMP) provides a blueprint for making New Jersey 100% clean energy by 2050, while the executive order called for the creation of standards for greenhouse gas emissions so potential climate-change impacts caused by any proposed project can be taken into account before any new permits are considered. 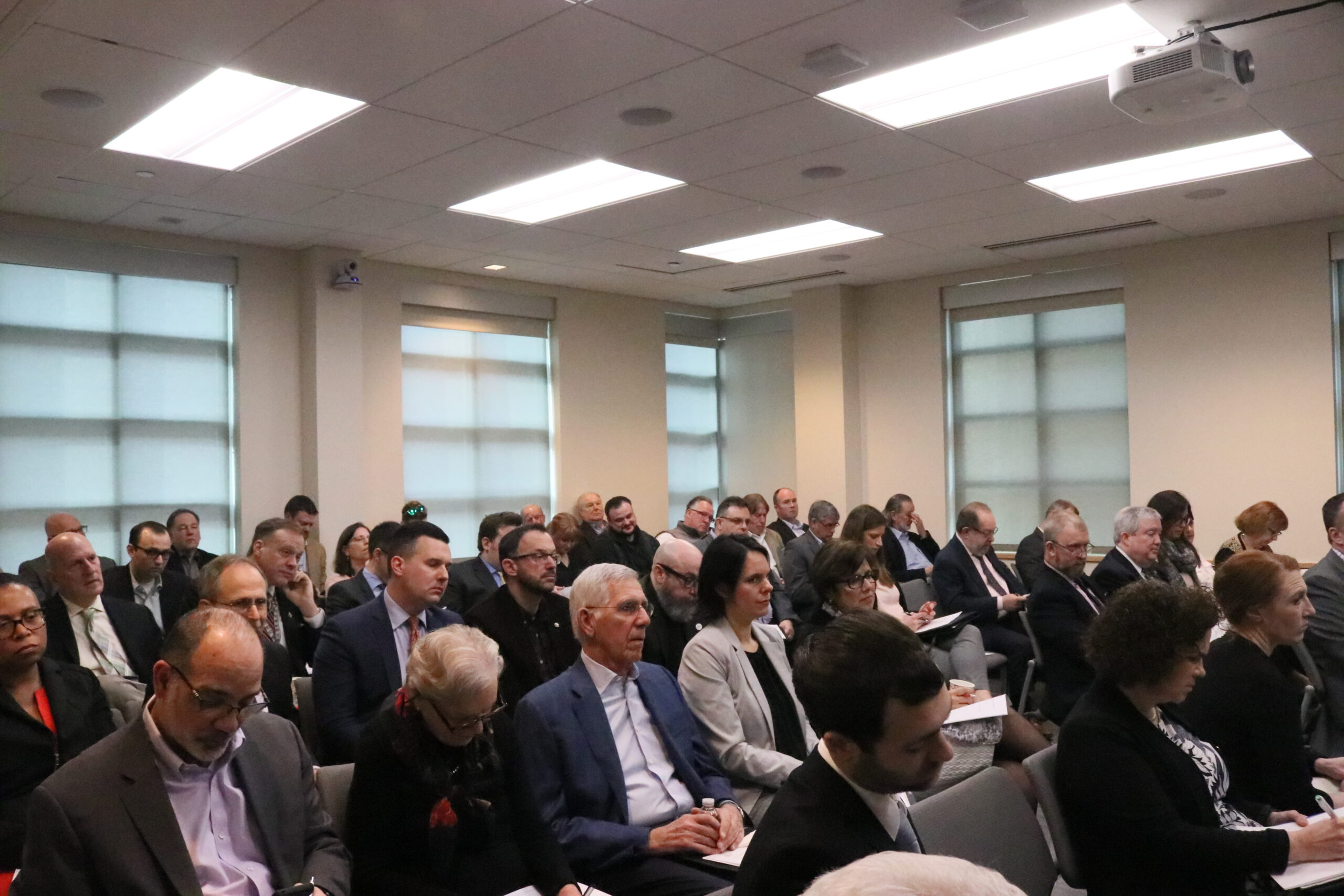 But before DEP gets too far along, it first has to figure out how much carbon the state is producing and where it’s coming from. LaTourette said DEP is holding a stakeholder meeting tomorrow focusing on the monitoring and reporting processes.

“We want to have a very, very clear picture,” LaTourette said. “We want to be data driven.”

Next will come ideas on how to reduce CO2 emissions through regulations, and then the department will begin outlining policy changes.

For those who want to see where New Jersey policy on climate change may be headed, LaTourette suggested looking for a draft of the Global Warming Response Act report that should come out in mid-May. The act requires New Jersey to identify policies that will reduce greenhouse gas emissions by 80% from 2006 levels.

As for the executive order’s relationship to existing environmental land use regulations, LaTourette said EO100 should be viewed in the context of resilience, not greenhouse gas reduction. DEP is not going to use its land-use regulations to try to reduce greenhouse gases.

“It’s not wise to say to every developer, whether you’re building a commercial facility or a residential subdivision, that you’ve got to identify your carbon impacts when seeking a land use permit,” LaTourette said. “That’s not where we’re headed.”