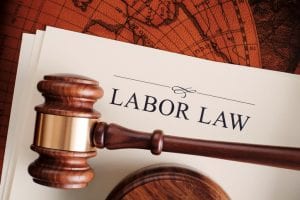 New Jersey independent truck drivers may have enforceable arbitration claims despite an apparent federal exemption, a New Jersey appeals court has ruled. A trial judge is now going to decide if the drivers are covered by the Federal Arbitration Act (FAA), which exempts transportation workers.

As explained by the law firm Jackson Lewis, the case involves a dispute between transportation workers who executed an independent contractor agreement with Strategic Delivery Solutions, LLC. The plaintiffs allege the company violated New Jersey’s Wage and Hour Law and Ways Payment Law. The contract relied upon the FAA, not the New Jersey Arbitration Act.

The trial court granted summary judgment to the company, dismissed the class action complaint and jury demand, and ordered mandatory binding arbitration on an individual basis. The plaintiffs appealed.

“A three-judge panel of New Jersey’s Appellate Division held that the NJAA provided a sufficient statutory basis to enforce an arbitration agreement between a company and independent contractors engaged in interstate commerce,” Jackson Lewis explained.