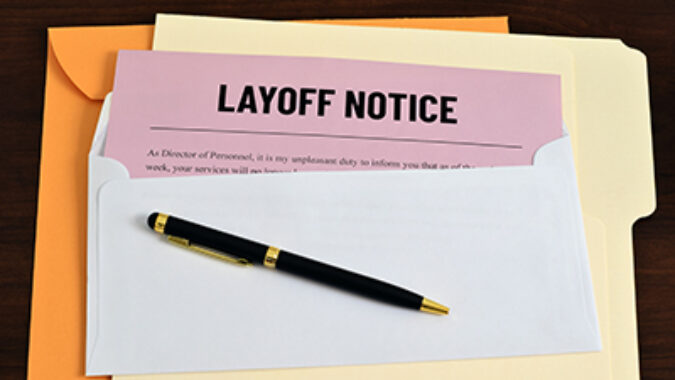 During the COVID-19 pandemic, the Legislature gave employers a reprieve from last year’s revisions to the 2007 WARN Act, which included requiring 90 days’ notice, instead of 60 days, before mass layoffs.

But now that Gov. Phil Murphy has officially ended the declared public health emergency, does that mean the reprieve from 2020 changes, which were supposed to become effective this month, is over? The short answer is no – at least for now.

NJBIA Chief Government Affairs Officer Chrissy Buteas and Vice President for Government Affairs Ray Cantor said they have confirmed with legislative staff and the Governor’s Office that the January 2020 changes made to the WARN Act – which included longer notice requirements, mandatory severance pay and an expansion of the scope of the law – remain on hold.

Why? After the scope of the WARN Act was expanded in January 2020, the onset of the COVID-19 pandemic prompted the Legislature to enact another law in April of 2020 delaying the implementation of the WARN Act changes until 90 days after the termination the Executive Order 103 (E.O. No. 103) which declared both a Public Health Emergency and a State of Emergency due to COVID-19.

“Although the governor had ended the declared public health emergency, he has not terminated all the provisions of Executive Order No. 103,” Buteas and Cantor wrote in a recent update to the Government Affairs Policy Committee. And because E.O. 103 is still partially in effect, the 90-day timeclock for lifting the implementation of the WARN Act revisions has not yet started, they said.

“We will continue to monitor the actions of the Governor as it relates to the termination of E.O. 103 and will alert you as to the 90-day clock starting to run on the effective date of the WARN Act,” Buteas and Cantor wrote.

When the 2020 WARN ACT changes are eventually implemented, employers should be aware of the following key provisions:

Buteas and Cantor said they appreciated the willingness of the law’s sponsor, Senator Joseph Cryan (D-20), to continue to work with the business community on NJBIA’s concerns about the law.