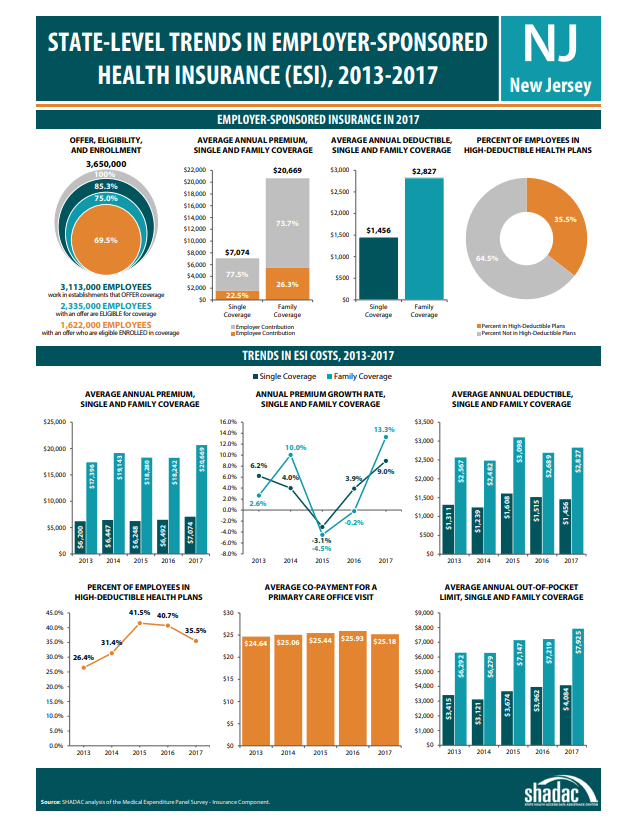 Nevertheless, more than half of New Jersey employers still offer health benefits, and more than 85 percent of New Jersey workers have access to employer-sponsored insurance.

Despite the high costs, 51 percent of New Jersey employers still offered sponsored insurance to their employees in 2017; only 10 other states had a higher percentage.

“Employer-sponsored insurance continues to be the backbone of the insurance coverage system in the United States, covering more than half the population,” the SHADAC staff stated in a recent blog post.