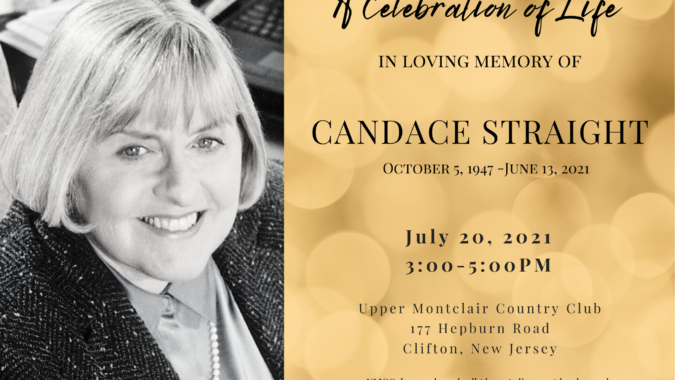 A celebration of the life of Candy Straight, a trailblazer for women in New Jersey politics and business, will be held at the Upper Montclair Country Club on July 20 from 3-5 p.m.

Straight, who passed away on June 13, was an investment banker and film producer who also served as vice chair of the New Jersey Sports and Exposition Authority. Her most lasting impact was as a leading voice for the election of women to public office, as she played an instrumental role in the election of Gov. Christie Todd Whitman in 1993 and 1997.

Straight was also served on NJBIA’s Competitive Council and was the keynote at the association’s first Women Business Leaders Forum.

Questions about the event can be sent to stacy.m.schuster@gmail.com.