From California to NJ: The Times They Are a Chargin’ 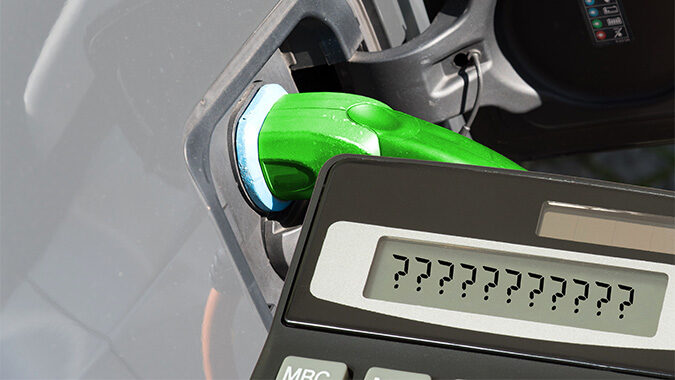 When California voted on Thursday to ban the sale of gas-powered vehicles by 2035, two questions instantly arose in New Jersey:

When would the Murphy administration follow suit? And would leadership even address the feasibility and costs of such a mandate?

Based on past experience, according to NJBIA Vice President of Government Affairs Ray Cantor, the answers are imminently and unlikely.

New Jersey is one of 17 states that follow the California program under the federal Clean Air Act.

“We have already seen New Jersey become the first East Coast state to adopt the California Advanced Clean Truck rule and we are one of 17 states to adopt California’s tailpipe emission standards,” Cantor said.

“We have already been seeing a shift from automakers to put more electric vehicles on the road. The problem is what it always has been, particularly here in New Jersey. We set artificial deadlines to make headlines and delay or ignore the questions of costs and feasibility.”

The California rule, which was issued by the California Air Resources Board, requires that all new cars sold in the state by 2035 be free of greenhouse gas emissions like carbon dioxide.

There are also interim targets along the way that bring restrictions: 35% of new passenger vehicles sold by 2026 must produce zero emissions. That number increases to 68% by 2030.

Currently, 5% of new car sales in the U.S. are powered by electric only, according to a Bloomberg analysis.

“That’s an improving number, but such a ramp up in 12 years seems impractical, if not impossible, when you consider the lack of charging and fuel infrastructure – and the lack of planning for it,” Cantor said. “The policy also begs the question of where all of this increased power is being sourced from.”

“Certainly, there are other challenges to consider like the availability of critical minerals and raw materials that go into EV batteries, the shortage of semiconductors and the ongoing supply chain and labor issues. There are also the increased costs of these vehicles to consider. Incentives we are seeinw now are not permanent.”

The impact of clean energy costs on consumers and residents has not necessarily been a priority for the Murphy administration.

Last week, the New Jersey Board of Public Utility released a study of how Gov. Phil Murphy’s clean energy goals would impact ratepayers and businesses.

The report came more than 930 days after the announcement of Murphy’s Energy Master Plan and non-specifically said that rates will go up if residents and businesses don’t convert to electric power from natural gas or gasoline.

In a board meeting about the release of the long-awaited Brattle Group report, even BPU Commissioner Dianne Solomon admitted there were so many caveats in the study that it was essentially useless.

Despite the criticism, BPU accepted the study.

“It was quite apparent that this was not a useful document for developing public policy,” Cantor said.

“What’s important to remember here is there’s nothing wrong with trying to reduce emissions and provide cleaner energy. We support clean energy. But if you want to have an energy transition with artificially selected deadlines, you cannot close your eyes to what the overall costs are going to be – and that includes the cost of infrastructure and not just the cost of the actual energy.

“If consumers can’t afford it, the transition won’t work.”