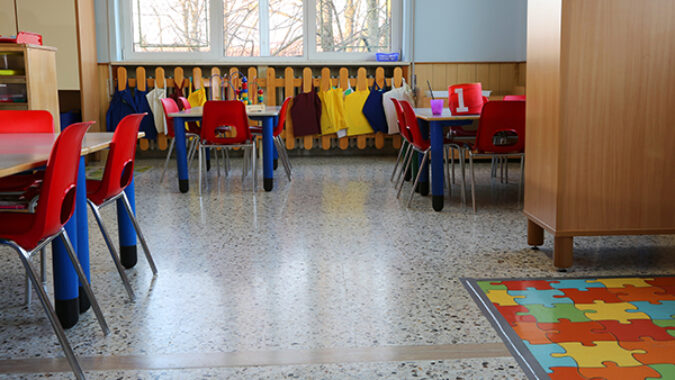 Gov. Phil Murphy on Tuesday night signed amended legislation that would help New Jersey’s struggling childcare industry get through the pandemic by providing subsidies based on enrollment, instead of attendance, through June 2022.

The legislation, supported by NJBIA because it is essential to business owners, working parents and the overall state economy, had originally required enrollment-based subsidies to be a permanent change, but the governor conditionally vetoed the bill to shorten the duration to six months.

“NJBIA thanks Governor Murphy for his consideration of both the initial bill and the bill’s sponsors for supporting it, as well as their signing off on the concurrence allowing this important change to help childcare facilities through the first half of next year,” NJBIA President & CEO Michele Siekerka said Wednesday in a statement about the bill signing.

“We also appreciate the governor’s fiscal concerns of permanently basing subsidy payments for childcare services on enrollment, rather than attendance,” she said. “However, we also fully understand the current fragility of the childcare industry, and the importance of stabilizing it. And unfortunately, it is highly unlikely that the industry will be on solid footing in six months given current circumstances.”

Siekerka noted that the COVID-19 pandemic has disproportionately affected the female workforce, particularly women of color, low-wage workers, and those women with lower levels of education. Female participation in the workforce is at its lowest level in 30 years.

“A Ready Nation report also states that 19% of New Jersey’s mothers of infants and toddlers have left the workforce due to our state’s continuing childcare crisis,” Siekerka said.

Siekerka said NJBIA looked forward to the results of a Department of Human Services’ study in 2022, which is required by the legislation, on the implications of paying subsidies based on enrollment instead of attendance.

“As we await that report, we maintain our very serious concerns about the health of the childcare industry in New Jersey,” Siekerka said. “We ask the Legislature to consider long-term solutions to make enrollment-based payments permanent in the next legislative session. It is critical that our policymakers recognize the impacts on childcare centers, and the working families who rely on them, if they do not have the support they need.

“As we noted in a letter to the Governor we wrote with the Advocates for Children of New Jersey, the inability to adequately staff programs based on parent demand has become nearly impossible for childcare centers. In many childcare businesses throughout our state, there are empty classrooms and waiting lists because of a program’s inability to pay a competitive wage,” Siekerka said.