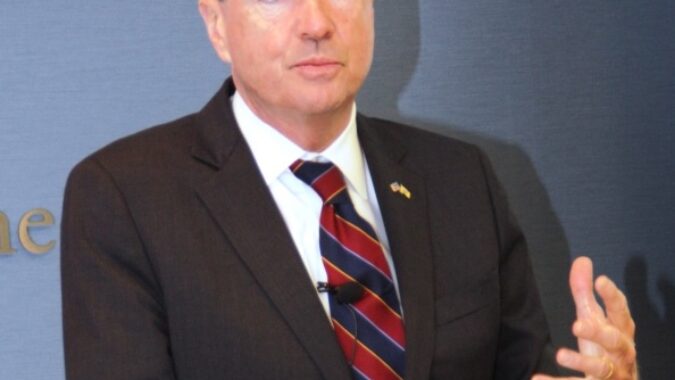 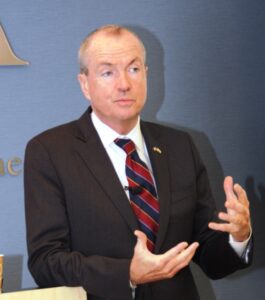 Democratic gubernatorial candidate Phil Murphy puts the economy at the top of his list of priorities because, he says, a strong economy is the only way New Jersey will have the resources to pay for the government programs its people need.

“If we don’t get the economy right, we don’t get New Jersey right,” Murphy said to about 50 NJBIA members at the Association’s first Meet the Candidates event in Trenton.

Laying out his vision for the state, Murphy called for reinvigorating the innovation economy and the infrastructure economy. These are areas where New Jersey has been a leader, but has lost its edge in recent years, he said.

Infrastructure doesn’t come cheap, he said, though he hopes there may b

e some possibilities for cooperation with the federal government in the future. But the payoff from infrastructure investment is big because it creates jobs as soon as a project begins.

“It feels to me that all of the pieces of the puzzle are sitting there, except for the leadership that understands how you put that puzzle together,” Murphy said.

Economic growth alone is not enough, however; economic fairness is an essential ingredient, Murphy said.

He described growing up in an era that promised if you worked hard and did a good job, you would be financially better off than your parents. Today, however, economic unfairness acts like a rain cloud hanging over parts of the economy and hindering growth.

He conceded that no one policy would make the economy fair. A series of things taken together is what is needed, including policies like equal pay for equal work, college affordability, and addressing the foreclosure crisis, among others.

Murphy said he also wants the state to be more professional and smart in its operations. Small businesses are the biggest employer in the state, but they are pulling their hair out, he said. They are being regulated to death and struggling to find the capital they need.

Murphy is a graduate of Harvard and The Wharton School at the University of Pennsylvania. He started his career at the bottom of a major international business and worked his way up to be its leader. In 2009, he was selected by President Barack Obama to be the U.S. Ambassador to Germany, a position he held until returning home in 2013.