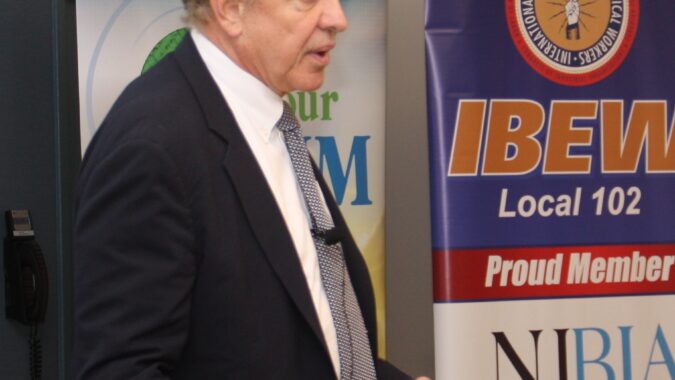 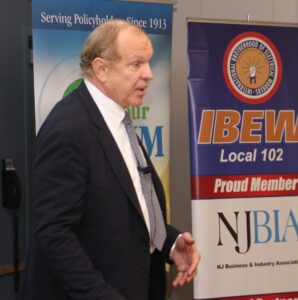 As a state legislator for more than 30 years, Democratic gubernatorial candidate Sen. Ray Lesniak has a long list of accomplishments, but perhaps he is best known as sponsor of the state’s first hazardous waste cleanup program, the Environmental Cleanup Responsibility Act (ECRA) of 1983.

The law was not popular with the business community at the time (among other things, it is financed by a surcharge on petrochemicals), so one would not expect a candidate for higher office to talk about sponsoring such a program in front of a business group. But Lesniak told members at NJBIA’s Meet the Candidates event today that it is an example of how the environment and the economy need each other.

ECRA has led to the cleanup of tens of thousands of properties, Lesniak explained, turning them into productive real estate that creates jobs and generates tax revenues.

“Where would business be now if we had tens of thousands more hazardous sites?” he asked.

He pointed to the example of The Mills at Jersey Gardens, an abandoned garbage dump in the City of Elizabeth that was turned into what he called one of the most successful malls in the country and created jobs for thousands of people.

“That’s how the economy and the environment work so well together,” Lesniak said.

The same approach should be used when it comes to fossil fuels. Lesniak called New Jersey “ground zero” for climate change because it is a coastal state and would be prone to the flooding caused by melting ice and rising sea levels.

“I’m going to grow New Jersey’s economy based not on a fossil fuel.  I will build our economy on alternative energies,” he said. He would redirect the billions of dollars spent on pipeline projects into solar energy, into wind energy and into energy efficiency.

He also took to task those who would characterize New Jersey’s economic development incentive programs as “corporate welfare.” Lesniak said those tax incentives have created 70,000 jobs, 70,000 construction jobs and saved an unknown number of existing jobs from moving out of the state.

Lesniak has served as state Senator for the 20th Legislative District since 1983 after four years as the Assemblyman. He is chairman of the Senate Economic Growth Committee. He sponsored the landmark environmental law ECRA and the Tax Incremental Financing Act, which allows municipalities to finance certain redevelopment costs, such as road, utility and infrastructure costs, in order to attract private development.