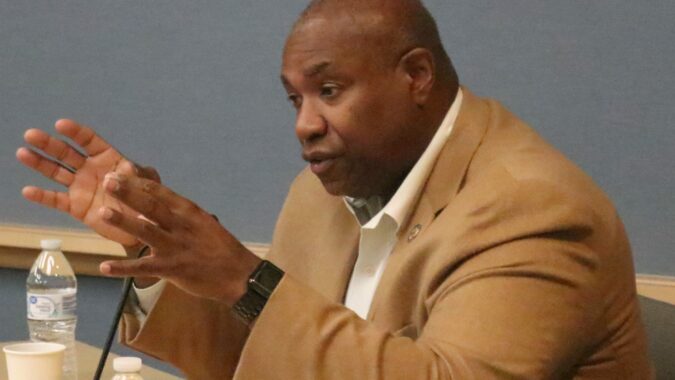 When the chairman of the Assembly Health and Senior Services Committee listed all the issues his committee will deal with after the election, it sounded like he was reading that morning’s news headlines—the dangers of vaping, the opioid addiction crisis, mental health care, and lead in drinking water.

But one issue Assemblyman Herb Conaway said he wants to delve deeper into isn’t really making headlines right now. That’s the process by which health insurance claims are denied, particularly for patients being treated for multiple medical conditions at the same time. 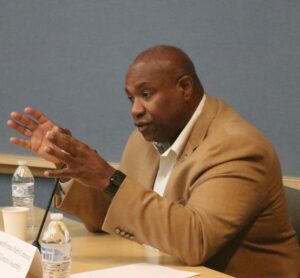 Speaking at NJBIA’s Health Affairs Policy Committee Friday morning, Conaway (D-7) said sometime in the next session, his committee would take up the question of how complex care is delivered and, in particular, how insurance companies decide whether such care is covered by their policies.

Conaway said he has encountered cases where healthcare claims were denied, but the denial notice to the insured did not indicate who had made the decision and whether that person had the medical qualifications to accurately determine coverage.

“It seems to me that people are not following along with respect to making sure the decisions are being reviewed by someone in their specialty,” Conaway said. “We are seeing these denial papers coming back where there’s no indication of professional designation. So, is the person sending these denials a physician even?”

New Jersey law requires that people have the proper knowledge and skill to properly judge a treatment plan to determine if it should be covered by insurance or not.

“Even the paperwork that is presented, at least in the case that I reviewed, you really can’t tell,” Conaway said.

People who have complex medical issues have to deal with their insurer far more often and more extensively for their care. Denied claims can be an added burden. 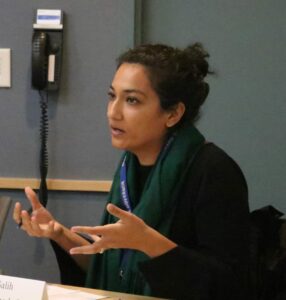 The Health Affairs Committee also heard from Shabnam Salih, the governor’s health policy adviser, who gave an update on the Affordable Care Act (ACA) open enrollment process. The administration has made enrolling people in the ACA a priority as the state transitions to a state-based exchange.

New Jersey has notified the Center for Medicare and Medicaid Services (CMS) that it plans to operate a state-based exchange beginning in the 2021 plan year. Salih said CMS has also OK’d the state running its exchange on the federal platform this year so that it can market the ACA to its residents using federal funds.

“We are at a nice transition period right now because DOBI (the New Jersey Department of Banking and Insurance) was able apply this year and get approved for this year to be a state-based exchange on federal platform, which has essentially made New Jersey responsible for managing the navigator grants,” Salih said.