Honoring the People Who Inspire, Guide and Help Us

So many people touch our lives in positive ways. They inspire us, mentor us, guide us, help us, or are simply there when we just need someone to talk to. Even that employee whose positive attitude makes the workday that much more pleasant makes a lasting impression.

Here in ChamberLink world, we have become aware of two such people who have touched so many lives in so many ways they have earned the distinction of being named citizens of the year.

Earlier this month, the Millville Chamber of Commerce honored Chuck Wyble as citizen of the year at its February member luncheon. And just this week, the Somerset County Business Partnership announced that Peg Wright would be that organization’s 70th Citizen of the Year. She will be honored at an event in April.

Wyble is an advertising and marketing professional who has a long history of supporting charitable organizations in this South Jersey community. He is on the board of directors for the Millville chamber and has served as its president in the past.

He is also president of the Millville Army Air Field Museum at Millville Airport, created right after the U.S. joined WW II as America’s first defense airport. Today it is home to the annual Millville air show on Memorial Day weekend.

Congratulations, and thank you, to the two honorees.

Now here’s a look at the network opportunities being offered next week by many of our ChamberLink members. 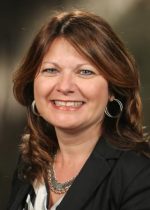