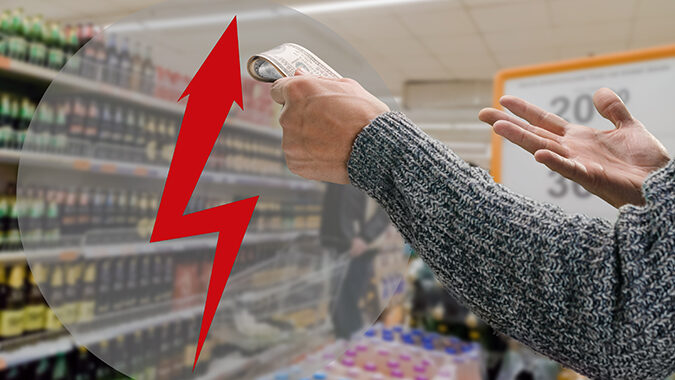 The federal government said Wednesday that monthly inflation rose 0.3% in April, compared to the 1.2% rise the month prior, but consumer prices were still 8.3% higher than they were in April of 2021.

The annual measurement reflects a slight slowdown in the pace of year-over-year inflation, which through March had hit 8.5% – a 40-year high, according to the Consumer Price Index Summary. Nevertheless, the 8.3% rate annual rate for April remained painfully high, even if it did mark the first time since August that the annual inflation measure had eased.

Monthly increases in the indexes for shelter, food, airline fares and new vehicles were the largest contributors to the seasonally adjusted all-items monthly increase from March to April. The food index rose 0.9% over the month, as the food eaten at home index rose 1%.

The energy index declined in April after rising in recent months. Gasoline fell 6.1% (following an 18.3% rise in March), offsetting monthly increases in the indexes for natural gas (+3.1%) and electricity (+0.7%).

Economists are concerned that a closely watched index that subtracts the more volatile prices of food and gas from the measurement actually accelerated in April. The index for all items less food and energy rose 0.6% in April, compared to a 0.3% rise in March.

Along with indexes for shelter, airline fares, and new vehicles, the indexes for medical care, recreation, and household furnishings and operations all increased in April.

The monthly indexes for apparel and used cars and trucks declined but were still significantly higher than they were a year ago. Compared to April of 2021, the cost of apparel increased 5.4% and used car prices were up 22.7%.