Job Prospects for Class of 2021 Not Promising Initially, But Will Improve 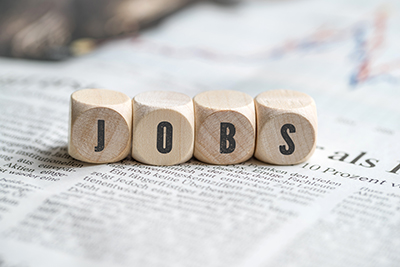 New college graduates will initially face relatively high levels of unemployment, despite the improving economy. But brighter days are ahead for Class of 2021, according to the director of the Georgetown University Center for Education and the Workforce (CEW).

CEW Director Anthony Carnevale, Ph.D., said Thursday the national economy will need to absorb roughly 2 million bachelor’s degree graduates, along with bachelor’s degree recipients from the Class of 2020 who are still looking for jobs, and that means there initially will be high unemployment among new graduates this summer and into the fall.

The greatest challenges will be faced by those with degrees in industries most affected by the pandemic recession: leisure and hospitality, information, natural resources, transportation and utilities and other service industries, Carnevale said. Last year’s graduates from the Class of 2020 who are still seeking employment may face even more challenges now that they are considered long-term unemployed.

Nevertheless, despite the anticipated extended summer surge in unemployment among new graduates, job prospects will start to improve later this year, Carnevale said. And when that happens, he advises new graduates to be ready to move on from their first job to increase their earning power.

“In today’s economy, it pays to be loyal to your skills and experience more than to your employer,” Carnevale said in the spring edition of the CEW Quarterly. “The best way to advance in an expanding economy is to move from job to job as prospects improve.”

The CEW is an independent, nonprofit research and policy institute affiliated with the Georgetown McCourt School of Public Policy that studies the link between education, career qualifications, and workforce demands.