The Joy of Tea From Bromley 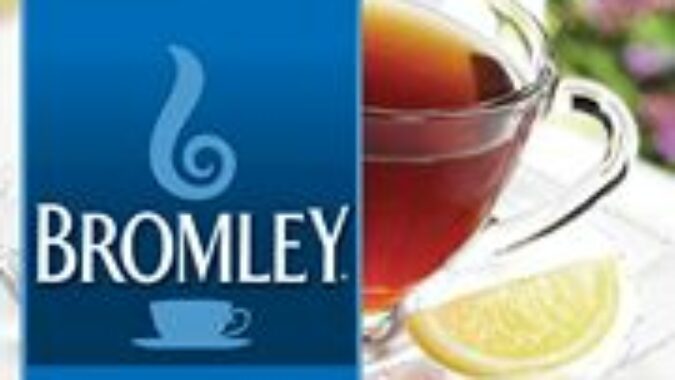 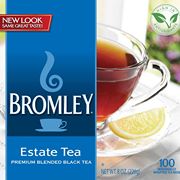 Did you now that tea was discovered in 2737 BC by a great Chinese emperor named Shen Nung?  As the story goes, he was boiling water outside when leaves from a nearby bush fell into the open kettle. Before he could retrieve the leaves, they began to brew.  The sweet aroma of the mixture beckoned him to drink it and once he did, the world was given tea!

Did you know that tea is the most popular beverage in the world today after plain water?  Did you know that long-time NJBIA member The Bromley Tea Company was the first tea company in America to offer decaffeinated tea?  These are just some of the many facts about the company and tea that you can learn about by visiting their very artistically-styled and fact-and fun-filled website.

Bromley Tea was founded in 1981 by Paul, Ira and Glenn Barbakoff, who saw a need for a great-tasting, naturally decaffeinated real tea and success has followed them since.  Paul is the father of both Ira and Glenn, and they all worked in the food service business before starting Bromley.  Perhaps more importantly, they are all tea lovers with a passion for tea.  Ira shared with me that his love of tea came from his mother, who was of English descent.  In fact, and you won’t find this on their website, the company name of Bromley is actually his mother’s maiden name.

In 1997, they introduced Estate Tea for those who would like an English style tea at a fair price, and the company has continued to expand their line of teas over the years including offering Green Tea, Decaffeinated Green Tea and Golden Chamomile and many more, to meet the demand of today’s more discerning tea consumer.

Tea consumers today are also much more knowledgeable about the health benefits of tea and for good reason.  In fact, according to a story on WebMD, “Studies have found that some teas may help with cancer, heart disease, and diabetes; encourage weight loss; lower cholesterol; and bring about mental alertness.  Tea also appears to have antimicrobial qualities.  There doesn’t seem to be a downside to tea,” says American Dietetic Association spokeswoman Katherine Tallmadge, MA, RD, LD. “I think it’s a great alternative to coffee drinking. First, tea has less caffeine. It’s pretty well established that the compounds in tea – their flavonoids – are good for the heart and may reduce cancer.”

Let’s now take a look at the fun facts and interesting “teabits” about tea on their website, which I found to be fascinating.  I’m sure you will too.

Q: When did “Afternoon Tea” become a social custom?

A: “In the early 19th century, afternoon tea as a social custom was originated by Anna, 7th Duchess of Bedford. The Duchess began inviting guests to join her for a cup of tea and some sweets and savories in the afternoon, in order to fill the long gap between breakfast and late dinners. The ritual caught on in England and North America and soon became an afternoon tradition that remains today.”

Q: What is “Earl Grey” tea and its origin?

A: “A black tea with a hint of sweetness to it, Earl Grey is served plain and is the second most popular tea in the world today. It is generally a blend of black teas and bergamot oil.  Charles Grey (1764-1845) was an actual person who, though he was Prime Minister of England under William IV, is better remembered for the tea named after him.  Tea legends say the blend was given to him by a Chinese Mandarin seeking to influence trade relations.” FYI, “Earl” is used here as a British title, rather than a first name.

Q: Why use tea in cooking?

A: “More and more esteemed chefs around the country are bringing tea into the kitchen to create recipes using tea for entrées, desserts, or as a base for sophisticated new drinks, showing how infectious this “new” ingredient has become.  Tea is an incredible flavor enhancer; it can be just the right addition to so many dishes from picnic favorites like chicken sandwiches or classic desserts like lemon tarts to traditional entrées using fish, meat, or even tofu with tea as a twist to delight any palate.”

The company’s website shares many recipes, including those for Braised Chicken, Earl Grey Truffles, Fresh Peach-Darjeeling Sorbet, “Rata-tea-ouille” and  Cashmere Soup, which put the following humorous thought in my head: “If I spill Cashmere Soup on my Cashmere Sweater, how do I get that stain out?”

Congratulations to The Bromley Tea Company for their long-term success and for providing the public with such a dynamic website that truly is educational and fun for all things related to tea.  Beyond their website, you can visit them their Facebook page as well.

The Bromley Tea Company is just one of 20,000 companies that comprise NJBIA’s membership, which is very diverse with representation from an amazingly large and wide spectrum of fields, industries and professions. Look for more unique stories about NJBIA members in future issues of “Beyond 10 West Lafayette,” NJBIA’s membership blog. 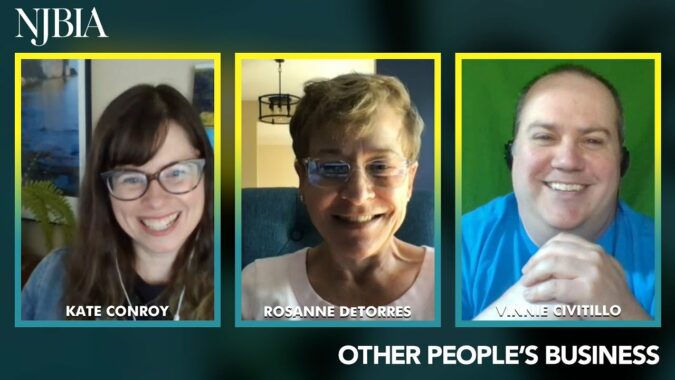 Equally Unhappily Ever After

The Many of Benefits of Girl Scout Programs

How NJ Businesses Can Protect Themselves from Cybercrime