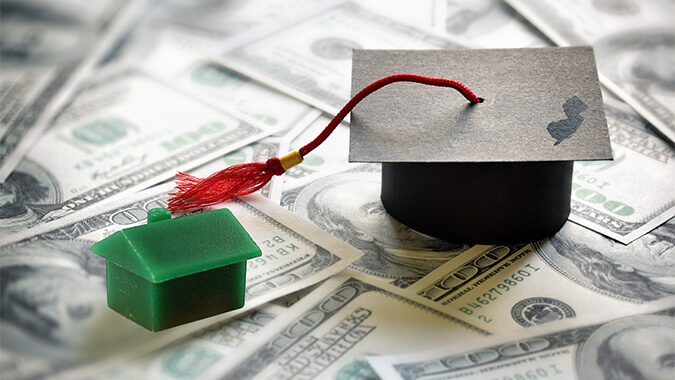 Gov. Phil Murphy’s proposed $48.9 billion budget for FY23 certainly provides for a huge amount of K-12 education funding and an enormous pension payment. But, as with the governor’s past budgets, there are no attempts to reform an uneven school funding formula or a structurally challenged pension system.

“We welcome our continued investments in education,” Siekerka said. “But in this budget, even as New Jersey is flush with cash, we’re not getting to the root cause of the constantly shifting money around to different school districts and the worst property taxes in the nation.

“How we fund education in New Jersey is in dire need of reform. Continuing to push that aside will only result in unsustainable spending, continued inequities in our K-12 education and, ultimately, more tax increases.”

Siekerka says a bill that would create a task force to re-evaluate and improve New Jersey’s current school funding formula should be a part of the budget discussions.

“And this is would all tie directly to affordability for both residents and businesses, while creating more equity for municipalities in how they’re funded,” Siekerka said.

The school funding formula sets a baseline cost for each student enrolled through K-12 in public schools. That cost goes up based on factors like whether a student receives free or reduced-priced meals, or if he or she has limited English proficiency.

Many school districts, however, find themselves not fully funded through that formula, leading to local tax increases to make up the difference. At the same time, some districts find themselves overfunded.

In his statement in support of bill S-354, Oroho had noted that 79% of the schools in his legislative district lost a total of $7 million in the FY22 state budget, and $10.5 million the previous fiscal year.

“We also should not lose sight of the impact of property taxes on New Jersey businesses,” Siekerka said. “The nearly $15 billion they paid last year in property taxes is a little less than half of all property taxes paid in the state.

“And unfortunately, the ANCHOR Property Tax Relief program that will provide $900 million in property tax rebates to homeowners and renters, excludes relief for businesses.”

As for New Jersey’s pension system, Siekerka commends Murphy for the $6.8 billion pension payment he has committed as part of his proposed FY23 budget. It’s the largest of its kind and marks the second year in a row the state makes a full pension payment.

Before then, New Jersey had not done that since 1996.

“These are fiscally responsible moves to address a problem caused by multiple administrations,” Siekerka said. “And we see how it’s benefitting New Jersey’s credit ratings.

“And we have the resources to do this thanks to overperforming tax revenues, the unnecessary $4.4 billion in bonding in 2020 and federal recovery. But unfortunately, the pension payment still does not address the need to reduce the overall cost of the system itself.”

NJBIA had strongly supported recommendations in the “Path to Progress” report from 2019, one of which called for a transition to a more sustainable hybrid pension system for new employees, and those with less than 5 years of service, combining the best of a defined benefit and a defined contribution plan.

In fact, most private companies have already shifted their employees to defined contribution plans.

But the greatest champion of the Path to Progress reforms was Senate President Steve Sweeney. Seemingly, with his departure from the Legislature, those reforms seem even more on ice.

“We still need the Legislature to take on this cause,” Siekerka added. “There will be a time when New Jersey will not be so flush with cash and we will be left with a pension system that still needs to be on sounder, long-term financial footing to ensure New Jersey still has money left for future essential services.”