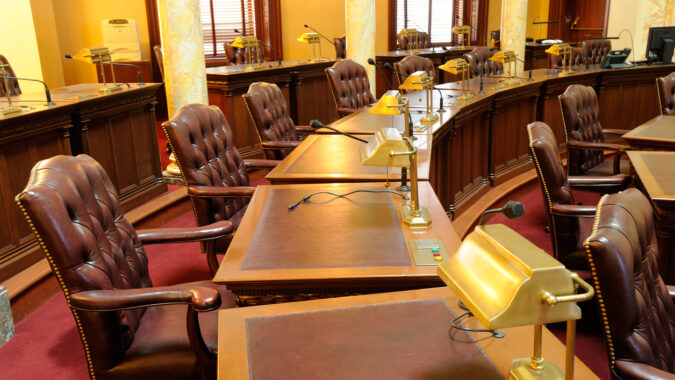 Today’s meeting of the Assembly Labor Committee has been canceled due to the death of the chairman’s wife. NJBIA sends its condolences to Assemblyman Joseph Egan.

In the Assembly Transportation and Independent Authorities Committee, the association testified against legislation to promote electric vehicles in New Jersey.

While electric vehicles present exciting economic opportunities as well as environmental benefits, the bill in question, S-2252/A-4634,would put too great a burden on taxpayers. As Government Affairs Vice President Tony Bawidamann explained, NJBIA believes the state should take a more market-based approach, where those companies that stand to benefit most from a growing EV market accept more of the risk involved in the upfront investments in the infrastructure.

“It should not be government’s role to create a market for products; the market should be created by a concept of supply and demand, ultimately promoted by business,” Bawidamann said. “In current form, NJBIA cannot support the bill unless the businesses who will profit from the marketplace accept the risk for this venture not the ratepayer.”

Go here for NJBIA’s full testimony. The committee voted to release the measure.

Furthermore, Bawidamann said the cost of energy is already a burden on New Jersey businesses, which pay the 11th highest electricity rates in the nation. And it’s likely to get worse: New Jersey’s Rate Council reports that it is evaluating utility filings seeking about $10 billion of ratepayer money.

Despite its opposition to this bill, however, NJBIA does welcome electric vehicles as a potential economic asset.

“Electric vehicles offer New Jersey an exciting opportunity to be a leader in developing this new technology,”Bawidamann said. “In addition to the potential environmental benefits, playing a vital role in bringing this new technology into the commercial mainstream could bring tremendous economic benefits to New Jersey’s innovation-based economy.”