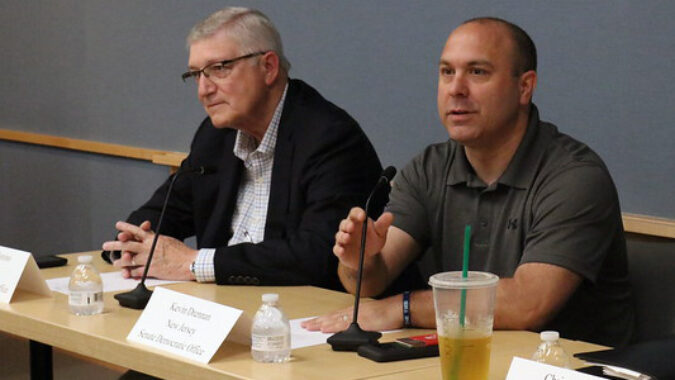 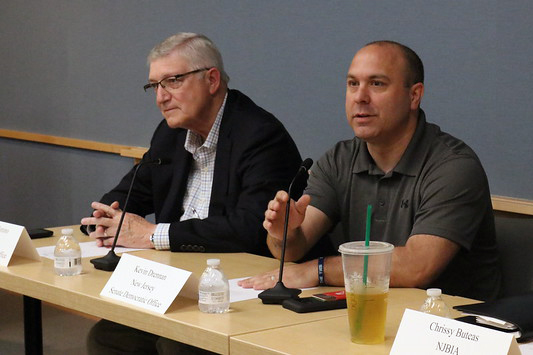 The executive directors of the state Assembly and Senate told business leaders on Friday at NJBIA headquarters that there would be no millionaires tax included in the new FY 2020 state budget that the Legislature intends to put on the Governor’s desk on June 20.

Anthony “Skip” Cimino, the executive director of the Assembly Majority Office, said Assembly Speaker Craig Coughlin has said consistently since last summer that there would be no more broad tax increases in the next state budget, which the constitution requires to be in place by July 1.

“The Speaker has not moved off of that assertion that we will not do broad-based taxes,” Cimino said. “The Speaker has been consistent. There are not enough votes in the Assembly to support a millionaires tax.”

Kevin Drennan, the executive director of Senate Majority Office, said Senate President Sweeney also opposes the millionaires tax and is focused instead on enacting long-term reforms that will produce more sustainable, responsible state budgets. Pension and health benefits will soon devour 25% of the state’s budget revenues, leaving less and less money available in the budget for important investments in higher education, mass transit and other infrastructure, he said.

The Senate will work this summer on legislation to implement the recommendations in the “Path to Progress” report, Drennan said. These proposals include a less costly hybrid public employee pension system and more affordable gold-level health plans, which will save taxpayers money as well as the government workers themselves because they would be paying lower premiums.

“There’s a lot of talk about a ‘stronger and fairer’ New Jersey, but I don’t think there’s any way to approach a stronger and fairer New Jersey unless we get a fiscally responsible budget where we stop driving the costs to taxpayers, especially at the property tax level,” Drennan said. “So that’s where a lot of the focus is on the Path to Progress, at the property tax level.”

During the Q &A with business people at the NJBIA’s Government Affairs Policy Committee meeting, Cimino and Drennan were also asked about state tax incentives that are due to expire on June 30, the Grow NJ and ERG (Economic Redevelopment & Growth Grant) programs. Gov. Phil Murphy earlier this week proposed five new programs, but nothing is in place as yet, which is why NJBIA and some legislators have called for the old programs to be temporarily extended for the time being. 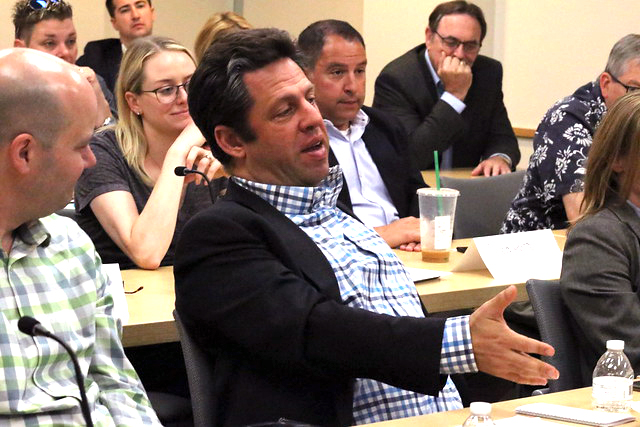 Business people ask questions during the NJBIA Government Affairs Policy Committee Meeting, where the executive directors of the state Assembly and Senate were the guest speakers on Friday, June 7.

Cimino said Assemblywoman Eliana Pintor Marin, D-29, the chairwoman of the Assembly Budget Committee, would soon hold a hearing on the tax incentive issue, including a proposal for a temporary extension of the Grow NJ program.  It is important that businesses have predictability and certainty, so the current programs should not be allowed to expire with nothing in place, Cimino said.

Drennan pointed out that the legislative process and public hearings took 18 months the last time economic incentives were approved by the Legislature in 2013. He said it was unlikely that a replacement program, or even a bill to temporarily extend the current Grow NJ program, could be enacted by July 1.