At 8 p.m. tonight, NJTV News will broadcast the debate between the Democratic and Republican nominees for lieutenant governor live from Montclair State University. 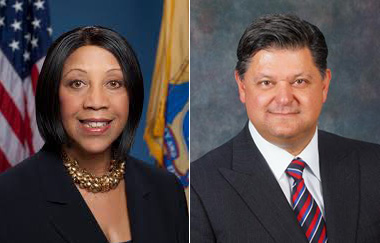 NJTV News Chief Political Correspondent Michael Aron will moderate the 60-minute debate between Democrat Sheila Oliver, an Essex County Assemblywoman, and Republican Carlos Rendo, the mayor of Woodcliff Lake. This is their only televised debate before the Nov. 7 election.

The broadcast will run a total of 90 minutes and include commentary and analysis anchored by NJTV News Anchors Mary Alice Williams and Michael Hill. NJTV News Senior Correspondent David Cruz will contribute with additional questions.

In addition to the live broadcast on public television, viewers can also watch online at njtvnews.org, or on Facebook.