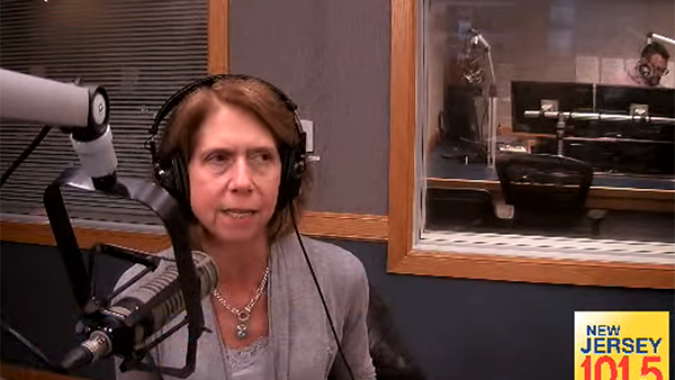 Government COVID-19 vaccine and testing mandates have placed private businesses in the impossible role of being the “gatekeeper” of their workforce’s healthcare at a time when companies are already coping with labor shortages and operational challenges, NJBIA President & CEO Michele Siekerka says.

Speaking at the NJ101.5 Town Hall on the COVID-19 Mandates that aired Thursday night, Siekerka noted many businesses suffered financial losses during the government-ordered COVID-19 shutdown that lasted for months in 2020. Now, after reopening and making their workplaces as safe as possible, employers face the possibility of workers walking away from their jobs if courts allow the Biden administration to move ahead with a rule requiring private companies to mandate vaccinations.

“We have a hiring crisis that is unprecedented – and now you think about a vaccine mandate and putting that on their workforce,” Siekerka said. “We have to remember that for every worker lost there is not five waiting in the wings for them – frankly, there isn’t even one waiting in the wings.”

Siekerka and two employment attorneys who took part in the live listener-call in program discussed the New Jersey mandate requiring state workers, healthcare workers and school employees to be vaccinated, as well as the recent order from the U.S. Occupational Health & Safety Administration (OSHA) mandating that private businesses with 100 or more workers require COVID-19 vaccinations by Jan. 4 or require unvaccinated employees to undergo weekly testing.

The OSHA order is being litigated in federal court and a panel of judges has temporarily prevented the rule from taking effect, creating confusion among private businesses and their workers on what will happen next.

“Businesses need predictability and certainty in order to plan their next steps. And they are consistently caught in these arbitrary rules right now,” Siekerka said. “It’s very challenging.”

Peter Frattarelli, who chairs the Labor & Employment Practice Group at Archer Law, told NJ101.5’s Eric Scott that he has been advising clients to prepare for some type of vaccine mandate affecting private businesses – either from the federal or state government.

“We’re trying to give our best prediction as to what we think is going to happen,” Frattarelli said.  “I think the legal consensus is that ultimately the Biden mandate will be upheld. I think that’s the general view, but I certainly don’t think it’s the slam dunk, overwhelming view.

“And we also have told (clients) that if it’s not going to be at a federal level, it may be at a state level that’s going to impose it, so you really ought to take steps,” Frattarelli said.

Attorney Dana Wefer, who represents employees who are litigating employer and school vaccine mandates, said the confusion about vaccine requirements makes it difficult for workers to know what to do. Anyone facing termination for refusing to vaccinate should not voluntarily resign, as it may jeopardize the ability to collect unemployment benefits later, she said.

“It’s just complete and total chaos from top to bottom,” Wefer said, noting some private companies have implemented their own vaccination or testing requirements on their own.

“In my opinion, there are a lot of things happening right now that are in contravention to the law,” Wefer said. “I see questionnaires coming from employers that clearly invade the privacy of employees and go too far asking them questions about their religious beliefs and medical conditions,” she said.

Wefer said if businesses that are choosing to require COVID-19 vaccinations aren’t careful, they could find they are over the legal line in the way they have attempted to establish or enforce vaccine mandates.

Frattarelli said that he expects the litigation over the OSHA private-employer vaccine rule to be resolved before the Jan. 4 implementation date. All panelists agreed that in the meantime the uncertainty about what the rules will be makes it difficult for businesses to operate.

“Imagine having to become the gatekeeper of your workforce’s healthcare,” Siekerka said. “The employer has been put in an extremely difficult situation here. Employers have been doing their best since Day One to ensure that they have a safe environment for their workforce and those that frequent their facility.

“When the government comes in and says, ‘you shall and you must,’ then (businesses) have been put in a situation,” Siekerka said. “They have to do their best to respond to that situation. And it’s not really fair that they’ve been made to be the gatekeeper for their workforce.”