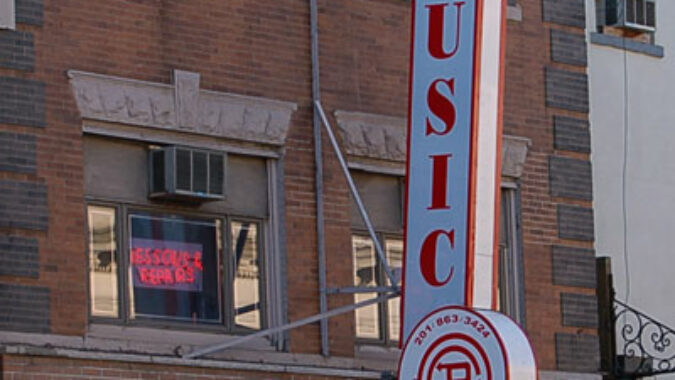 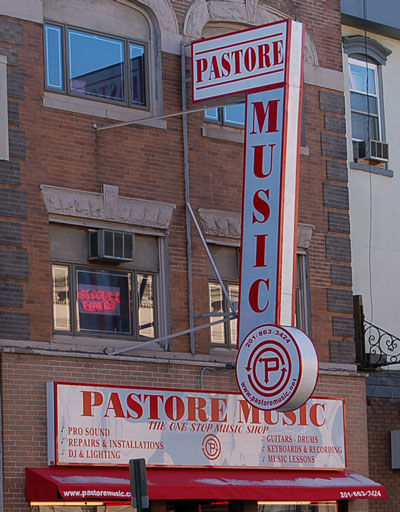 I grew up in an era where bands like KISS, The Allman Brothers, Pink Floyd and Blue Oyster Cult were just starting out but would soon rise to mega star status.  Well, maybe not Blue Oyster Cult, but their song “Don’t Fear The Reaper” was named by Rolling Stone magazine as the top song of 2006 and its repetitive, guitar riff played by lead singer and guitarist Donald “Buck Dharma” Roeser still mesmerizes me every time I hear it.

You probably didn’t know that NJBIA member Pastore Music, based in Union, supplied much of the early-era instruments and equipment for these bands.  In fact, their in-house luthier (a term meaning “a creator and repairer of stringed instruments.”) of 50 years, Ronaldo Orlandoni, crafted some of the custom guitars played by many top musicians including Roeser as well as Peter Frampton, John and Edgar Winter and “axmen” from Lynyrd Skynyrd, The Allman Brothers and Spyro Gyra.

The history of Pastore Music is rich with stories, as you might expect, but the real story is their staff’s dedication and true passion for music.  Founded in 1939 by Dominic Pastore, the store remains at the same location, 32nd Street near Bergenline Avenue, and is still in the family. Its current owner and operator, Jerry Pastore, is the third generation to assume this leadership role. Jerry, now in his 60’s, started in the stockroom at age 13 and was literally running the business at 18. At the young age of 27, he bought the business from his father, Robert.

In the mid-70s, Pastore started providing bands with custom guitar picks that had their name on them, which many famous bands did use.  In fact, today there remains a fertile market for those that collect guitar picks.

Like all long-term businesses, Pastore Music faced unexpected challenges.  Such was the case when Superstorm Sandy hit New Jersey in 2012.  It wasn’t that there was a great amount of damage to the store (it closed for one week) but a large portion of the business was, and remains, music lessons (they operate a music conservatory).   Due to financial hardship from the Storm, many individuals cut back on their music and voice instructions.

Ultimately, Jerry was able obtain a low-interest $50,000 working capital loan from the UCEDC, which enabled them to renovate and increase demand for services as well as add new ones.  One of Jerry’s pet projects, which became realty, was to establish a scholarship program that accepts donations from non-profit organizations to be used to enable students to continue their music study regardless of pay.

Pastore Music remains passionate about its commitment to the city of Union because the city has a rich history as a center for performing arts.

Congratulations to Pastore Music for all their success for more than 75 years now.  To learn more about them visit their website or Facebook Page  or visit their store in Union, which proudly features their name on a large musical note display.

Pastore Music is just one of 20,000 companies that comprise NJBIA’s membership, which is very diverse with representation from an amazingly large and wide spectrum of fields, industries and professions. Look for more unique stories about NJBIA members in future issues of “Beyond 10 West Lafayette,” NJBIA’s membership blog.