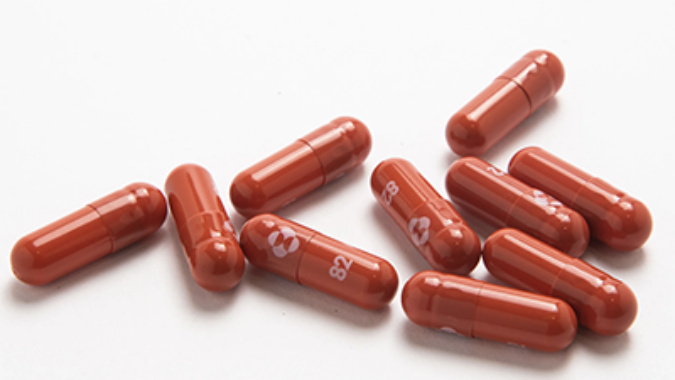 Merck said Friday it will seek emergency use authorization (EUA) for its new COVID-19 treatment drug molnupiravir because a global Phase 3 clinical trial shows it reduces hospitalization or death among infected patients by nearly 50%.

In announcing the clinical trial results, Merck and partner Ridgeback Biotherapeutics said they would submit an EUA application to the U.S. Food & Drug Administration for use of the drug in the United States as soon as possible.

“More tools and treatments are urgently needed to fight the COVID-19 pandemic, which has become a leading cause of death and continues to profoundly affect patients, families, and societies and strain health care systems all around the world,” said Merck President & CEO Robert M. Davis.

“With these compelling results, we are optimistic that molnupiravir can become an important medicine as part of the global effort to fight the pandemic and will add to Merck’s unique legacy of bringing forward breakthroughs in infectious diseases when they are needed most,” Davis said.

The global trial enrolled unvaccinated people with mild or moderate COVID-19 who began taking the antiviral pill twice a day within five days of onset of their symptoms. All participants had at least one risk factor for severe COVID-19, such as obesity or advanced age.

The interim analysis of data from 775 patients showing the drug afforded significant protection led an independent safety board monitoring the trial to recommend, in consultation with the FDA, that the study be stopped early.

At the time of the decision to stop recruitment based on the positive efficacy results, the trial was approaching full recruitment of the Phase 3 sample size of 1,550 patients, with over 90% of the intended sample size enrolled.

In addition to submitting an EUA application to the FDA, Merck also said it plans to submit marketing applications to other regulatory bodies worldwide.

Merck has already begun producing molnupiravir and expects to have more than 10 million courses of therapy available by the end of 2021. The U.S. government agreed in June to make an advance purchase of 1.7 million treatment courses of the drug at a cost of $1.2 billion if molnupiravir receives FDA approval.