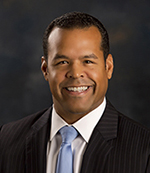 Yesterday, Gov. Phil Murphy called on the Legislature to pass a $15-an-hour minimum wage bill before it breaks for the holidays, and NJBIA again warned that such a law would make it harder for small businesses to compete, and in some cases, survive.

“We’ve got three weeks,” Murphy said.  “That’s plenty of time for the Legislature to get bills through committees, on to the floors of both the Senate and Assembly, and on to my desk.” The last legislative voting session before 2019 is scheduled for Dec. 17.

Raising the minimum wage enjoys a lot of support among legislators, but many of them have recognized that not all jobs should be covered by the $15 threshold. NJBIA supports exemptions for seasonal workers, teenagers, farm workers and others.

“Any responsible pathway to raising the minimum wage should take into consideration the impact on our small business owners, which drive our economy and support our communities,” said NJBIA President and CEO Michele Siekerka in a statement released following the press conference. “Many of our members have already told us any significant increase in the minimum wage will result in a reduction of staff, hours and/or benefits, or an increase in prices or automation.”

NJBIA also is urging policymakers to look at the minimum wage issue in a more comprehensive way.  Low-wage workers are often low-skilled workers. The way to improve their circumstances is through job training and education. Increasing their skills will also put low-wage earners in a position to increase their wages naturally, and it will benefit both the employer and the employee.