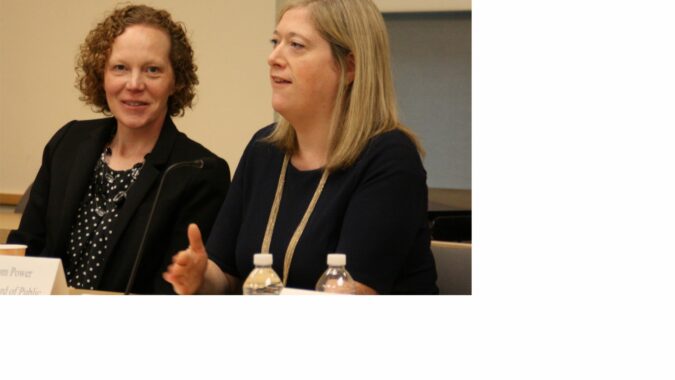 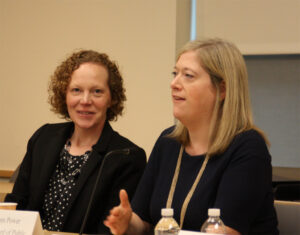 Speaking at a joint meeting of NJBIA’s Environment and Energy Policy Committees, top officials from the New Jersey Department of Environmental Protection (DEP) and the Board of Public Utilities (BPU) explained that they want the charging stations and other initiatives to be part of a comprehensive plan to promote use of electric cars and trucks.

The reasoning is simple: Vehicles are the largest single source of greenhouse gas emissions in New Jersey.

The state already has a grant program, It Pay$ to Plug In, which provides grants to businesses and other organizations of up to $6,000 per charging station for chargers in public places, workplaces and multi-family homes. To date, DEP has awarded nearly $850,000 for 186 charging stations, mostly at workplaces.

Join us Oct. 19 for Meet the Decision Makers – Board of Public Utilities

“I know a lot of companies that take advantage of that already and have been waiting for more funding to come into the program,” said Toby Hanna of Environment Resources Management and chair of the NJBIA Environment Policy Committee.  That funding came through last month, and It Pay$ to Plug In is again awarding grants.

There’s no doubt that boosting use of electric vehicles would produce real results quickly, but with that comes questions about the charging stations. Who’s paying for them? Where are they located? All of those things are being worked out.

One new source of funding comes from the legal settlement with Volkswagen over its emissions cheating scandal. New Jersey’s share is $72 million, and Friday, the DEP released a draft plan on how to disperse the money. A significant portion of it would go toward installing new charging stations and replacing older vehicles with electric ones.

DEP is implementing the program, but it will coordinate with other agencies where synergies can be found, such as BPU and the New Jersey Economic Development Authority.